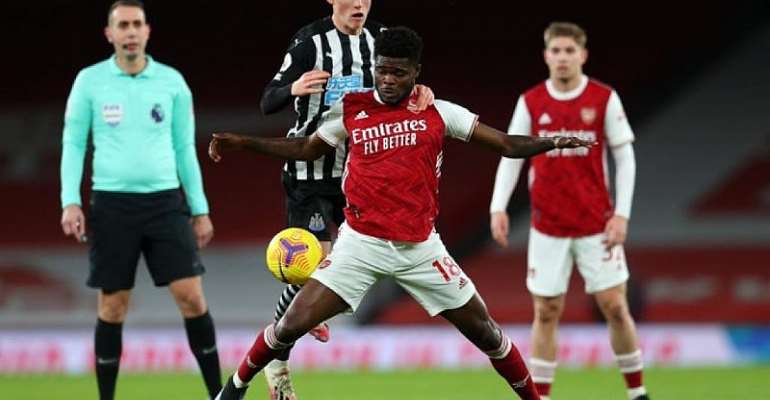 Ghana international Thomas Partey assisted a goal for Arsenal on Monday night during the 3-0 win against Newcastle United at the Emirates Stadium in the English Premier League.

The highly-rated midfielder last Thursday made a comeback from his injury when he featured as a substitute for the London-based club in the goalless stalemate against Crystal Palace.

Today, he earned a starting role when Arsenal manager Mikel Arteta named him in the team’s first eleven for the matchday 19 fixture against Newcastle United.

In the game that failed to produce a goal in the first half, the home team resumed the second half to play with enhanced urgency.

Fueling the midfield of the team, Thomas Party in the 50th minute assisted Pierre-Emerick Aubameyang to score with a superb pass to put Arsenal into the lead.

Going on to play 67 minutes of the match, Thomas Partey would be replaced by Mohamed Elneny to watch the rest of the match from the substitute’s bench.

For his displays on the night, the former Atletico Madrid midfielder scored a rating of 7.2 from statistics masters SofaScore.

Below is Thomas Partey’s detailed match stats vs Newcastle United: 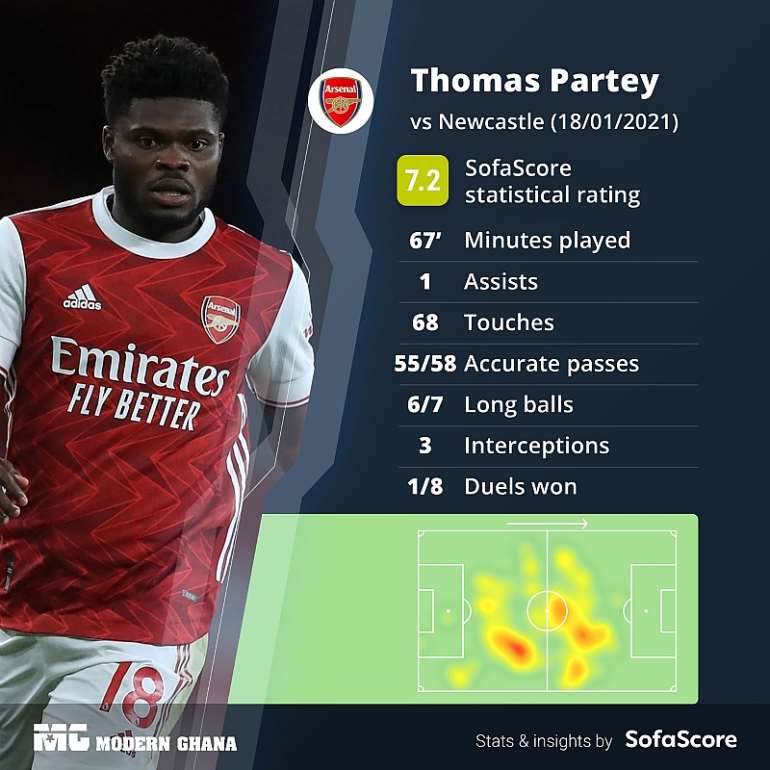 On the matchday, an equalizer from teenager Bukayo Saka in the 61st minute plus a second goal from striker Pierre-Emerick handed Arsenal the massive 3-0 win over Newcastle United.

The team now sits 10th on the English Premier League standings and keen on winning more games to continue climbing the standings.