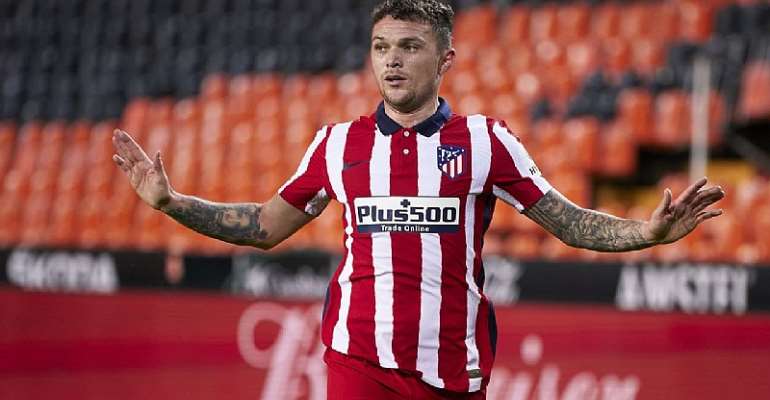 FIFA on Monday rejected Atletico Madrid's appeal against a 10-week sanction against their player Kieran Trippier for breaking betting rules in England, meaning the defender is banned from playing until the end of next month.

Trippier was given the sanction by England's Football Association (FA) on Dec. 23 for violating rules forbidding providing information to third parties over his move from Tottenham Hotspur to Atletico in 2019.

FIFA then placed an embargo on the ban on Jan. 2 following an appeal by Atletico, who argued they should not be affected by a ban imposed by English authorities as it did not concern them.

But a statement from FIFA on Tuesday said its appeals committee had dismissed Atletico's appeal and had extended the sanctions, meaning the ban by the FA had "worldwide effect".

Trippier missed two La Liga games due to the ban but returned and provided an assist in last Tuesday's 2-0 win over Sevilla which kept Atletico top of La Liga.

He is now due to miss Atletico's next eight games in all competitions, including a Champions League last-16 first leg against Chelsea, before returning to face Villarreal on Feb. 28.

‘Jean Mensa’s refusal to testify an embarrassing stain on Gh...
11 minutes ago