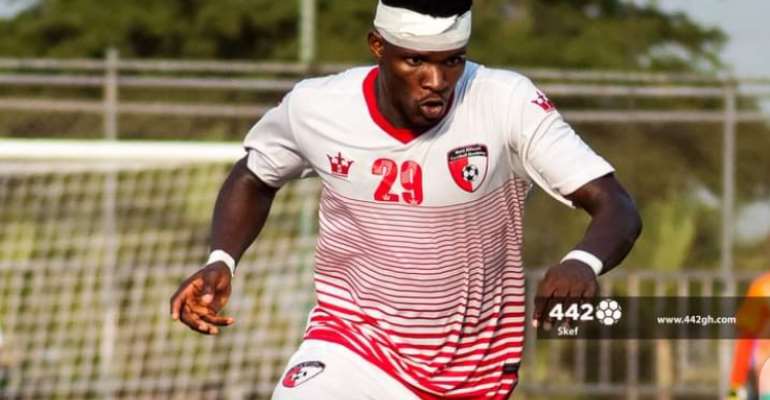 WAFA SC talisman, Daniel Lomotey says he wants to continue working hard to ensure he keeps scoring to merit an invitation to play for the Black Stars.

The youngster has been in outstanding form since the 2020/2021 Ghana Premier League season started and remains one of the top stars on the local scene at the moment.

In the midst of growing calls for Daniel Lomotey to be looked at as a future Black Stars asset, the player himself says it will be a dream to represent his national team.

According to him, he has set sight on working his socks off to receive a call-up to the Black Stars.

The striker continued, “I’m working tirelessly to score more goals to earn it and if I’m called, I will be very glad.”

This season, Daniel Lomotey already has eight goals after featuring in 9 appearances for WAFA SC in the Ghana Premier League.