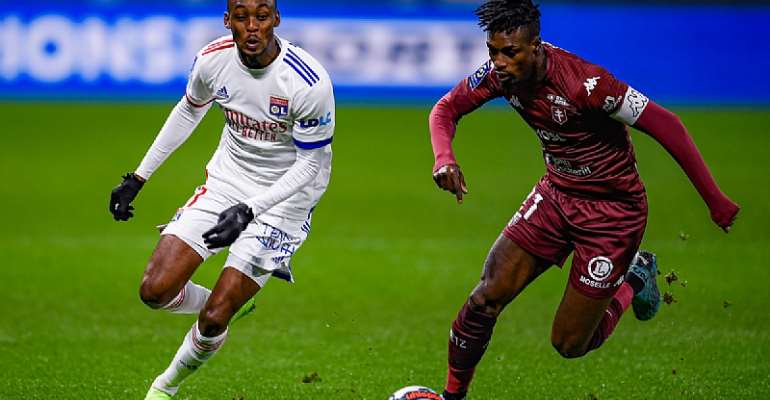 Ghana international John Boye was rated high on Sunday night after putting up a stellar performance to help his FC Metz side to defeat Olympic Lyon 1-0 in the French Ligue 1.

The experienced defender started the matchday 20 fixture of the French Ligue at the Groupama Stadium as one of the two centre-backs selected to help the team chase a positive result.

Continuing his top form in the campaign, John Boye put on an impressive performance that ensured that FC Metz kept a clean sheet at the end of the 90 minutes.

For his displays on the matchday, the defender merited a high rating of 7.1 from SofaScore having made five crucial clearances to thwart the efforts of Olympic Lyon.

Below is the detailed match stats of John Boye against Lyon: 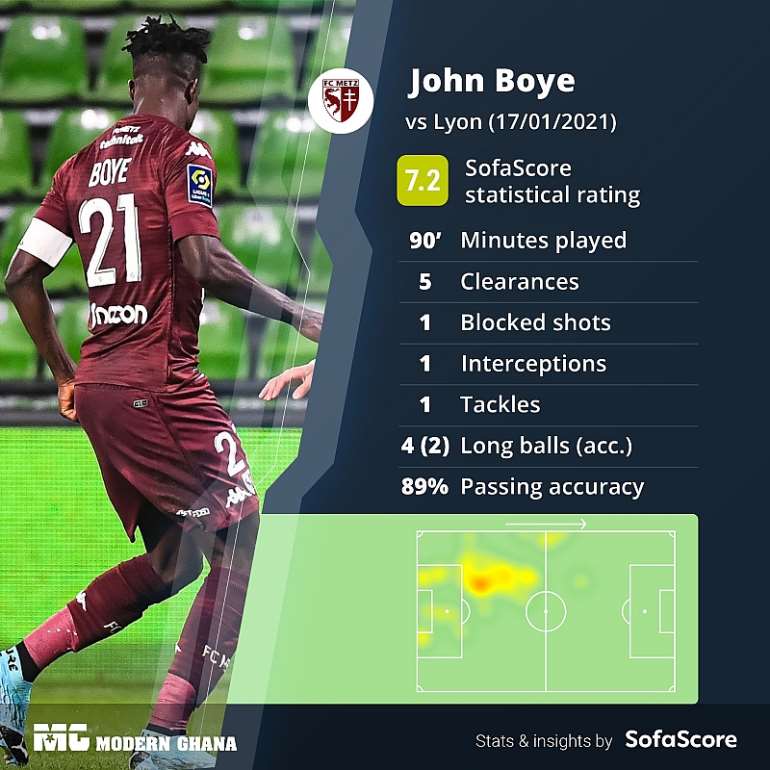 On the matchday, an Aaron Leya Iseka strike after he was assisted by Farid Boulaya in the 90th minute powered FC Metz to the massive 1-0 win against Olympic Lyon.

John Boye, 33, has made 18 appearances for FC Metz in the French Ligue 1 this season and remains an integral member of the team.

He has one goal to his name and is expected to be pivotal in the team’s quest to finish high on the standings of the French Ligue 1 at the end of the 2020/2021 season.