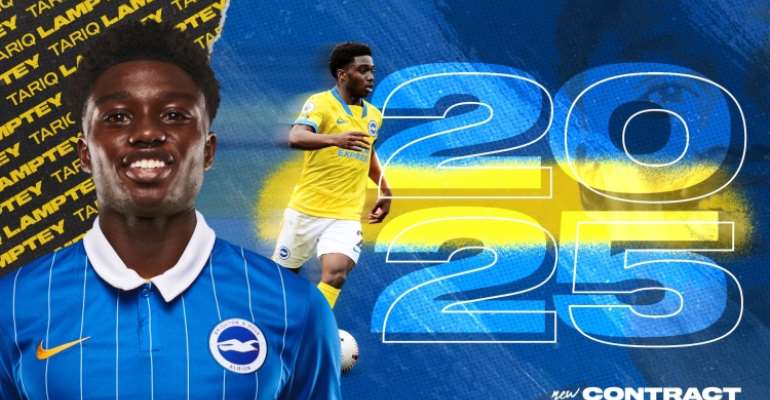 The 19-year-old who joined the Seagulls from Chelsea last term has so far been a revelation in the setup of manager Graham Potter following his outstanding performances in the English top-flight.

He became a transfer target of many clubs across Europe - with German heavyweights Bayern Munich and Premier League giants Arsenal FC - all being credited for his chase this winter.

Having tied the promising youngster to a long-term contract, manager Graham Potter expressed happiness over his contract extension after living up to his billings since he joined them last season.

"We knew his potential when we signed him a year ago and hoped he would have a really positive impact on the club, and that has proved to be the case with his performances since June,''

"He has been the model professional, he works exceptionally hard, is a humble lad and is a team player. He fits in with everything we would want from a player, now it's about helping him reach his potential."

Technical director Dan Ashworth added, "It shows how well Tariq has adjusted to the demands of Premier League football,''

"He fully deserves the new contract and has earned it with his hard work and performances,''

"It now gives him and the club the opportunity to continue on the path he has started on since he joined last January."

Lamptey has so far featured in 11 league games by scoring once and providing three assists for Brighton in this term's league campaign.

The London-born defender is still eligible to play for Ghana at the international stage despite featuring for the England U21 national team.