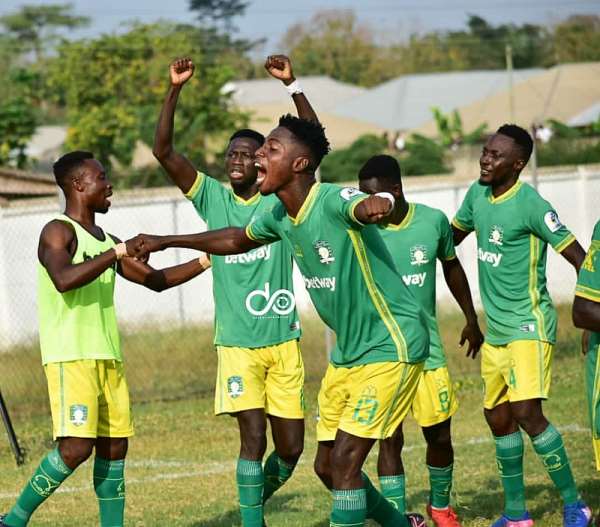 The away team last weekend posted a 1-0 win over WAFA SC at the Accra Sports Stadium in what served as their first win in the ongoing 2020/2021 Ghanaian top-flight league.

Hoping to pick up another positive result today, the capital-based club has been stopped in their tracks by a strong Aduana Stars team.

The home team on the matchday emerged as the better side as they enjoyed the lion’s share of passion in both halves.

In the first half, striker Yahaya Mohammed scored with a thunderbolt strike from 30-yards after he was set up from a rehearsed free-kick.

Although Legon Cities FC will draw level through a strike from Francis Adu two minutes into the second half, Fatau Abdul Rahman will instantly restore the lead for Aduana Stars in the 49th minute.

With the efforts from the visiting team to get back into the game failing to produce any goal, Aduana Stars have in the end bagged all three points on the back of the 2-1 win.

The result means that Legon Cities FC stays bottom of the Ghana Premier League table while Aduana Stars move up to 7th.

Don’t blame your defeat in court on Jean Mensa – Ayikoi Otoo...
31 minutes ago