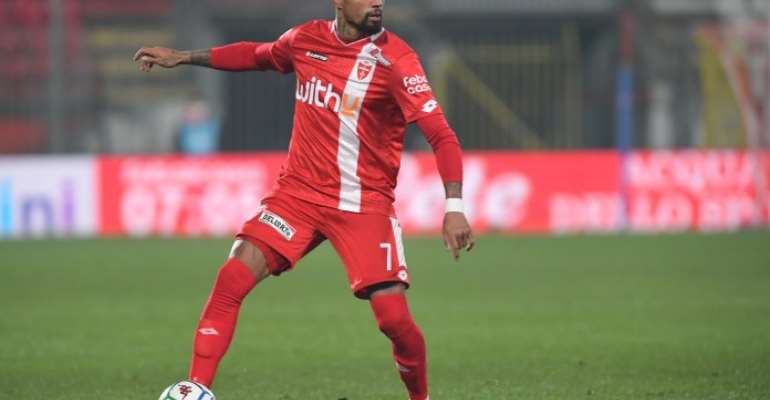 Ghana international Kevin-Prince Boateng registered an assist for AC Monza on Saturday afternoon when the team drew 2-2 against Cosenza in the Italian Serie B.

In a matchday 18 fixture played at the U-Power Stadium, the home team made a bright start and scored through Antonino Barilla to take the lead in the 8th minute after he was assisted by Christian Gytkjaer.

Building on the momentum, AC Monza would go on to double their lead in the 26th minute. This time around, it was KP Boateng who set up striker Christian Gytkjaer to find the back of the net.

Trailing by two goals, Cosenza upped their game in a bid to push for a possible comeback. Fortunately for the side, they found a way through the defense of AC Monza in the 40th minute.

A Gabriel Paletta own goal with five minutes to end the first half handed the visitors a lifeline for the second 45 minutes.

After recess, the team’s zeal paid off in the 67th minute when Luca Tremolada scored with a fine effort.

Although both teams chased a third goal in the remaining minutes of the game, neither side could get on the scoresheet and had to settle for a point apiece at the end of the game.

On the matchday where KP Boateng lasted 72 minutes and bowed out with a passing accuracy of 85%, he merited a rating of 7.1 from SofaScore. 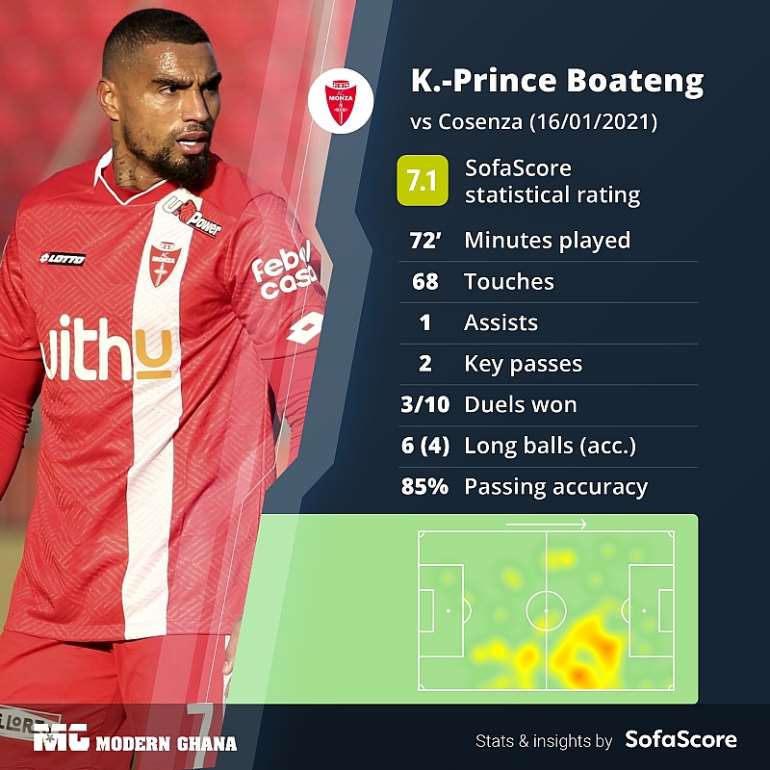 KP Boateng, 33, has featured in 16 matches for AC Monza this season and has contributed four goals and four assists.

Don’t blame your defeat in court on Jean Mensa – Ayikoi Otoo...
54 minutes ago