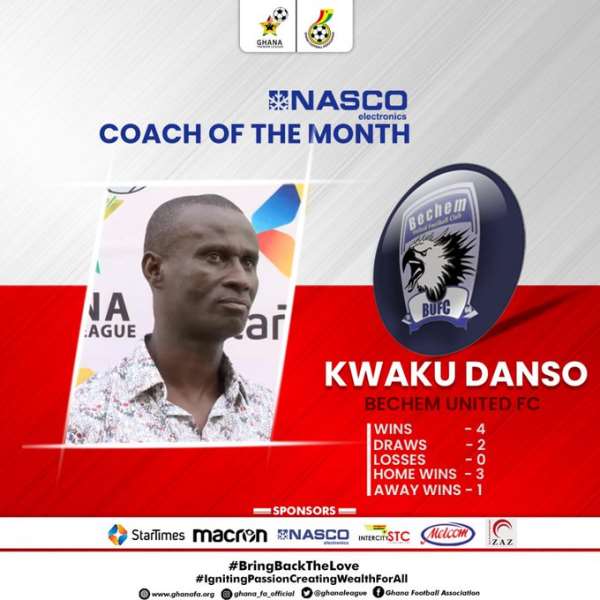 The head coach for Bechem United, coach Kwaku Danso says he is motivated to continue working hard after winning the Ghana Premier League coach of the month award for December.

The coach this week has beaten competition from Coach Annor Walker and Prosper Narteh to be named the coach of the month.

The gaffer picked the award having won four matches and drawing the other two in the past month.

Speaking to Ashh FM in an interview today, a delighted coach Kwaku Danso says it has given him the push to keep on working.

“I believe my hard work paved the way for me to win the best coach for the mouth of December. I did not lose any match I won 4 matches and when I saw the list of nominations I was very optimistic that I will win the award with no disrespect to the other coaches,” the Bechem United coach said.

Coach Kwaku Danso continued, “Winning the coach for the mouth of December is not putting pressure on me but it has motivated me to work harder to achieve more honours.”

With a good start to the season, the coach and his Bechem United side are now contenders to win the Ghana Premier League title at the end of the season.