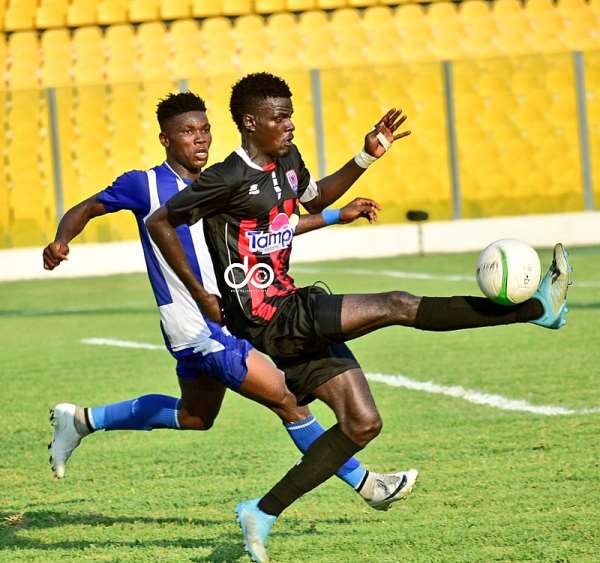 Inter Allies FC remain stuck in the relegation zone of the Ghana Premier League after losing 2-0 to Great Olympics in the capital derby on Friday afternoon.

The club prior to today’s fixture at the Accra Sports Stadium had only picked up 7 points from the last eight matches.

The poor form of the team unsurprisingly has seen them battling with teams in the Red zone of the table.

Seeking a win to initiate a turnaround, Inter Allies FC set up compact with a strong midfield in hopes of getting the needed result.

Unfortunately for the team, Great Olympics played better on the matchday and hence has increased their woes by condemning the team to another defeat of the season.

On the afternoon, Maxwell Nii Abbey Quaye netted a brace from the penalty spot to power Great Olympics to the 2-0 win against Inter Allies FC at the end of the 90 minutes.

With today’s result, struggling Inter Allies remain in the relegation zone of the Ghana Premier League with Great Olympics climbing to the 3rd position.