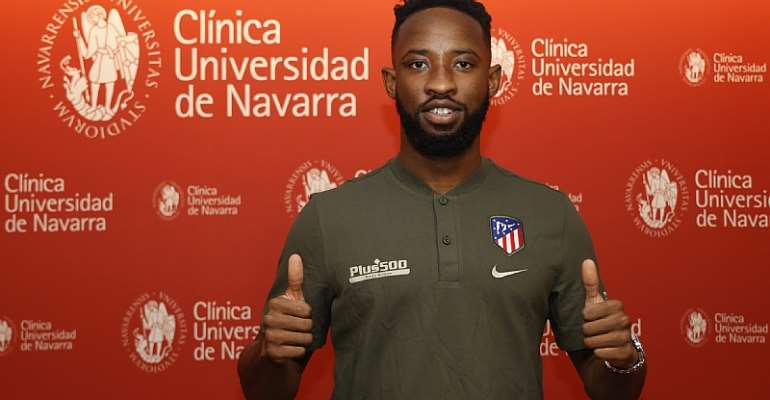 Lyon forward Moussa Dembele has joined La Liga side Atletico Madrid on loan, with an option to buy, with Leicester City striker Islam Slimani signing for Lyon on a free transfer, the French club said on Wednesday.

Dembele, 24, scored 45 goals in all competitions for Lyon and joins Atletico on loan until the end of the season.

"This loan, in the amount of €1.5 million ($1.82 million) is accompanied by a purchase option set at €33.5 million to which may be added incentives up to €5 million, as well as a sell-on fee of 10% on a possible future transfer," Lyon said in a statement.

Slimani, who scored 13 goals in 47 games in all competitions for Leicester, joins Lyon on an 18-month contract. The Algeria international's deal at Leicester was due to end in the close season.

"I'm very happy and proud to join a big club like Lyon," Slimani said. "I've joined a team that's top of the league, playing well and scoring goals. I want to help the club achieve its objectives."