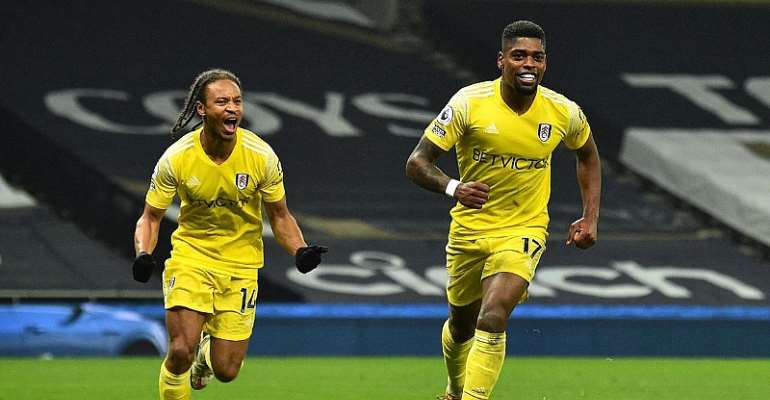 Ivan Cavaleiro’s brilliant second-half header denied Spurs a win that would have sent them third as Fulham picked up a 1-1 draw at the Tottenham Hotspur Stadium on Wednesday night.

Harry Kane’s superb diving header had given the hosts a first-half lead, and Jose Mourinho’s side should have extended their advantage after the break when Heung-Min Son struck the post with a great chance.

But Fulham, who contributed throughout to an entertaining game, picked up the goal their performance merited when Ademola Lookman’s cross was headed home by Cavaleiro.

Both teams pushed hard for a winner late on, but it wasn’t to be and the spoils were shared.

Fulham started the game strongly, but Spurs were like a predator lying in wait, as they have been so often this season, and on three occasions in quick succession they sliced Fulham open, with Son twice denied by excellent Areola saves before Kane’s diving header opened the scoring.

The goal itself oozed quality from start to finish with Sergio Reguilon’s peach of a cross arguably even more impressive than Kane’s classy header.

Spurs looked the better side for the remainder of the first half, but sat back a little after the break, content to wait for opportunities on the counter-attack… opportunities which did indeed come, with Son hitting the post when clean through on goal.

And Mourinho’s side were made to pay for not putting the game to bed when the lively Ademola Lookman got the better of Davinson Sanchez out on the flank and floated in a cross that Eric Dier failed to cut out, allowing Cavaleiro a chance to angle a delight of a header into the top corner.

The draw leaves Spurs in sixth as they miss an opportunity to leapfrog Everton, Leicester and Manchester City in the table. Fulham remain in the bottom three, but they have now drawn five on the bounce and the quality of their performance will give manager Scott Parker plenty of hope that they can pull themselves out of trouble.