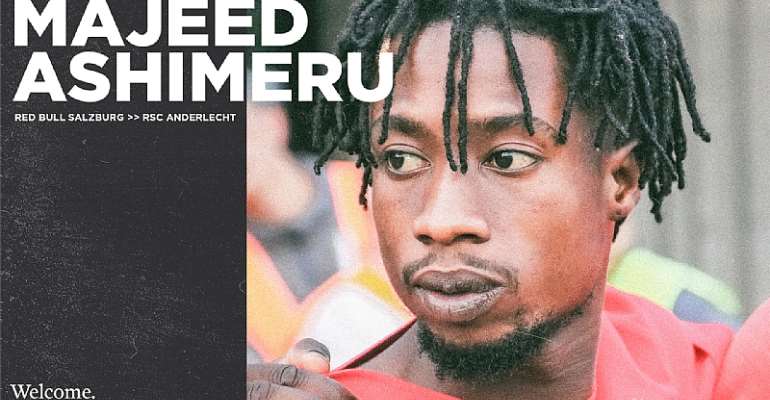 The representatives of the midfielder has in the past few weeks been in talks with the officials of the Belgian Jupiler Pro League side over the possibility of joining for the rest of the season.

Today, RSC Anderlecht has announced that a deal has been reached with Red Bull Salzburg on the back of successful talks.

In line with that, Majeed Ashimeru has switched sides and could even be signed permanently by the Belgian giants at the end of the 2020/2021 football season.

“The 23-year-old player from Ghana joins Anderlecht on loan with an option to buy,” an official statement from RSC Anderlecht has announced today.

Majeed Ashimeru, 23, joins the club with the keenness to play regularly to continue his development and rise to the top.