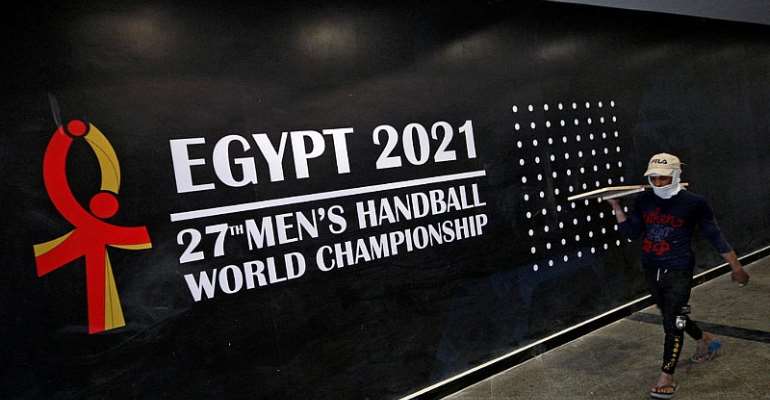 The tournament features 32 teams for the first time since its inception in 1938.

Back then four European nations - Germany, Austria, Sweden and Denmark - competed over two days in early February for the crown. Germany emerged victorious.

Nearly nine decades on, sides from Africa, Asia and the Middle East have joined the Europeans.

But the expansion will take place under restrictions caused by the coronavirus pandemic.

The players have to live within closed hotels, undergo regular testing for the disease and all 108 matches during the 19-day tournament will be played behind closed doors at the four venues around Cairo and in Alexandria.

France, who have won four of the last six titles, begin their quest for a record-extending seventh crown on Thursday night against Norway in Group E in 6th of October City just outside Cairo.

“We'll have to do everything better in all sectors,” France coach Guillaume Gilles told ffhandball website.

“We need to be tighter in defence and more efficient in the scoring area. The players will have to give the best of themselves and if they do that we will be able to compete with Norway.”

Gilles' men will also face Austria and Switzerland who replaced the United States at the last minute after 18 American players and their coach tested positive for the coronavirus.

The Czech Republic team has also withdrawn. Three coaches and 13 players were struck down with the disease and their berth has been filled by North Macedonia.

Format
The top three from the eight preliminary round groups will advance to the main round comprising four groups of six teams. The sides finishing last will compete for placings in the Presidents Cup

The winner and runner-up from each of the main round pools will move into the quarter-finals where the tournament becomes a knockout competition.

Denmark, who play Bahrain in Cairo to start the defence of their crown, are among the favourites along with Croatia and Germany despite the absence of nine key players due to injury or health concerns.

Patrick Wiencek told the THW Kiel website: “Everyone knows how proud I am of each of my international matches for Germany. But I am not only an international, I am also a player for THW Kiel and, above all, a family man.

“This was one of the hardest decisions of my sporting life but with all that's going on, it just didn't feel right to be away from home for four weeks in January."