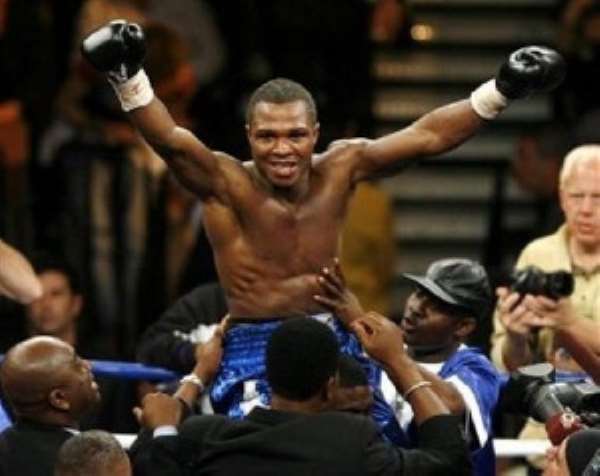 Quartey believes he can achieve that by taking over the reins of the Ghana Amateur Boxing Federation (GBF) without a fee.

The former world champion who represented Ghana at the 1988 Seoul Olympic Games has been advocating for a strong amateur system in the country if Ghana was to regain its status of producing more credible world titlists.

In an interview with the Graphic Sports, Quartey noted that he was willing to take the sport to every part of the country to make it popular in the other regions.

“I think the problem of professional boxing in the country starts from our poor amateur systems and until it’s fixed, we will continue to struggle to produce credible fighters.

“That is what I want to do, so I have been calling on the government to give me the amateur body without a pay and I promise to transform it,” Quartey said.

Quartey had a blissful career during which he fought the likes of Crisanto Espana, Oscar De La Hoya, Jose Luis Lopez, Ronald Wright, Vernon Forrest, Fernando Vargas among others.

For some time now, the nation’s amateur system has been dormant due to lack of investment in upcoming fighters.

The turn of events made it difficult for Ghana to unearth and nurture talents from the amateur level to the professional ranks.