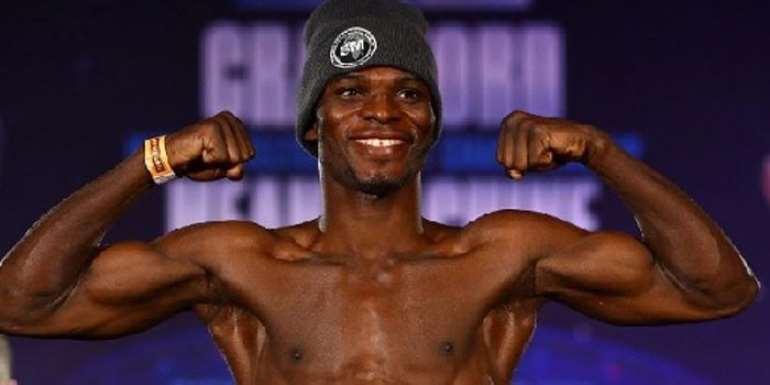 The former 135-pound titlist is slated to return to the ring on February 13, in a crossroads bout with fellow lightweight contender Jackson Marinez.

“Richard is desperate to win his world title back but in saying that we are not looking past this fight,” Michael Amoo-Bediako, Commey’s manager told BoxingScene.com. “Jackson Marinez is a tricky and dangerous customer.”

The bout will land in supporting capacity to a vacant light heavyweight clash between Joe Smith Jr. and Maksim Vlasov, as previously reported by BoxingScene.com earlier this month. Both bouts will air live on an ESPN platform.

Commey (29-3, 26KOs) has been out of the ring since a crushing 2nd round knockout loss to Teofimo Lopez (16-0, 12KOs) last December, which ended his 10-month stay as a lightweight titlist. Efforts to get back into the ring have proven troublesome, with Commey training in his native Ghana during the pandemic while waiting on his next marching orders.

In that time has come a considerable changing of the guard. Lopez has emerged as the World lightweight champion, toppling Ukraine’s Vasiliy Lomachenko (14-2, 10KOs) in Las Vegas to win the lineal championship while unifying the WBA/WBO/IBF titles this past October.

Two months prior, Marinez (19-1, 7KOs) did his best to enter the mix. The Dominican lightweight—who turns 30 later this month—would have to settle for a moral victory in suffering a questionable 12-round decision defeat to Rolando Romero in their interim title fight this past August in Uncasville, Connecticut.

The outcome was met with industry scorn, though there are those who’ve come to grips with what took place in the Showtime-televised bout.

“I don’t think it was a robbery as that is a strong word,” admits Commey, though he is of the belief that Marinez deserved the nod, “I believe Romero got the [house] decision just like Robert Easter Jr. did in our world lightweight title fight back in 2016.

The disputed verdict leaves Commey’s clash with Marinez—who turns 30 later this month—without a belt at stake. It’s just as well, as it leaves both hungry for a victory, one which will carry means to an end.

“Once this fight is out of the way and I am victorious then we can speak about world titles,” Commey notes. “I am not underestimating Marinez one bit; he has my full attention.”