GHPL: Ashgold comes from behind to defeat Great Olympics 2-1 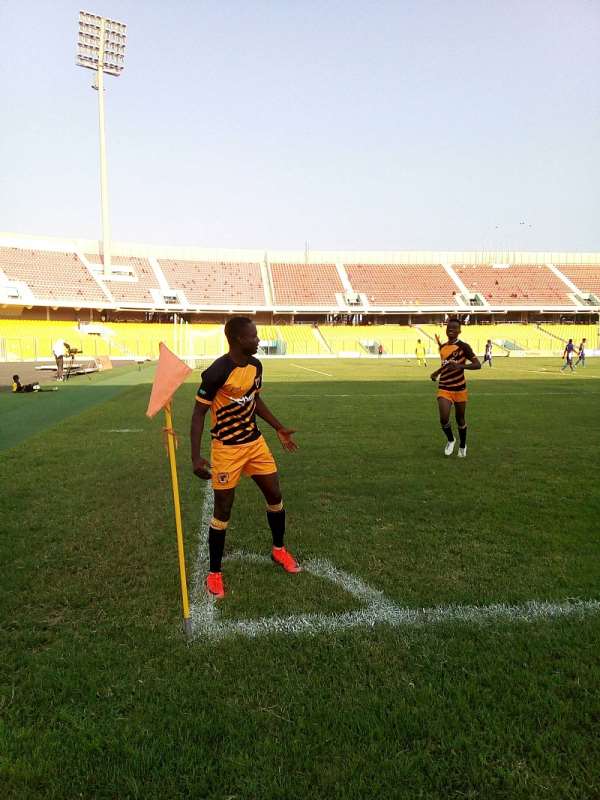 Ashanti Gold SC on Sunday afternoon put up a resilient performance that saw the side come from behind to defeat Great Olympics 2-1 in the Ghana Premier League.

The club has this season been exciting to watch but continues to face a defensive problem. In a game played at the Accra Sports Stadium today, that weak side of the team was exposed once again.

On the matchday, the team trailed after just 14 minutes into the first half when Great Olympics star man Gladson Awako scored from outside the box.

Sensing the need to up their game, Ashanti Gold SC improved immediately as they threatened the goal of the home team in a bid to draw level before the break.

Fortunately for the visitors, their efforts paid off in the added time of the first half with Amos Addai scoring with a well-taken strike.

With a bright start, Ashgold SC dominated Great Olympics right after the game resumed. Taking advantage of a good chance, in-form Yaw Annor scored in the 47th minute to give the Miners the lead for the first time in the game.

Although Great Olympics played some delightful football after going behind, they could not equalize and have been condemned to a 2-1 loss.

The win is Ashgold’s first away victory of the season and sees the team climbing to second on the Ghana Premier League standings.