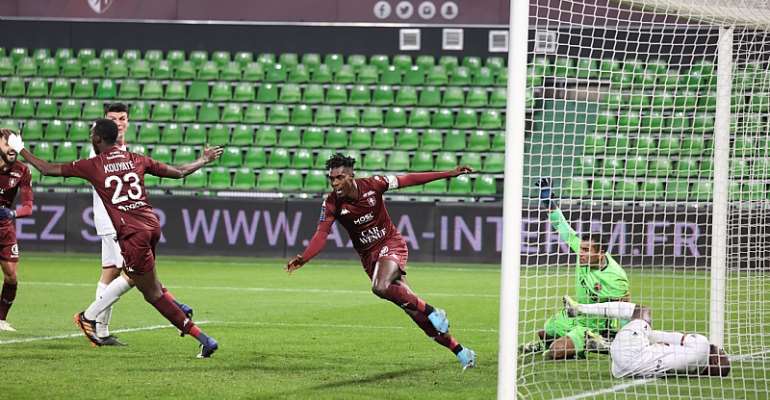 Ghana international John Boye netted a second-half goal on Saturday night to earn a 1-1 draw for Nice in the French Ligue 1.

The experienced centre-back has been integral for the team all season and deservedly earned a starting role on the day when they hosted the Matchday 19 opponent at the Stade Municipal Saint-Symphorien.

On the Matchday, a slow start to the encounter saw Nice dominating play and threatening the goal of the home team.

After 18 minutes of play, the visitors were awarded a penalty kick when VAR ruled that Boubakar Kiki Kouyate had handled the ball with his hand in the FC Metz area.

With Amin Gouiri taking responsibility, he expertly converted to shoot Nice into the lead.

Unable to score to restore parity before the break, FC Metz returned for the second half to put up a spirited display. Key to the strong performance was the defense of the team that had John Boye as an important figure.

Pushing on to provide aerial threat for his team in the attack, the Ghana defender smashed home a rebound after Nice failed to clear a Papa Sarr corner kick.

For his commanding displays today, John Boye has been rated with a score of 7.2 from top statistics providers SofaScore. 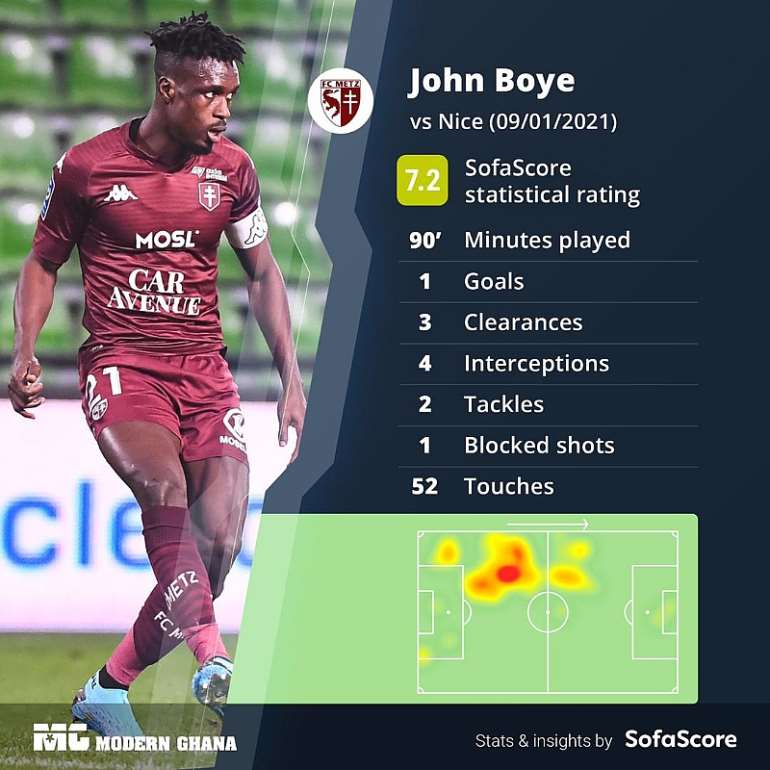 This season John Boye has made 17 appearances for FC Metz and is expected to be key for his team in the remainder of the French Ligue 1 season. 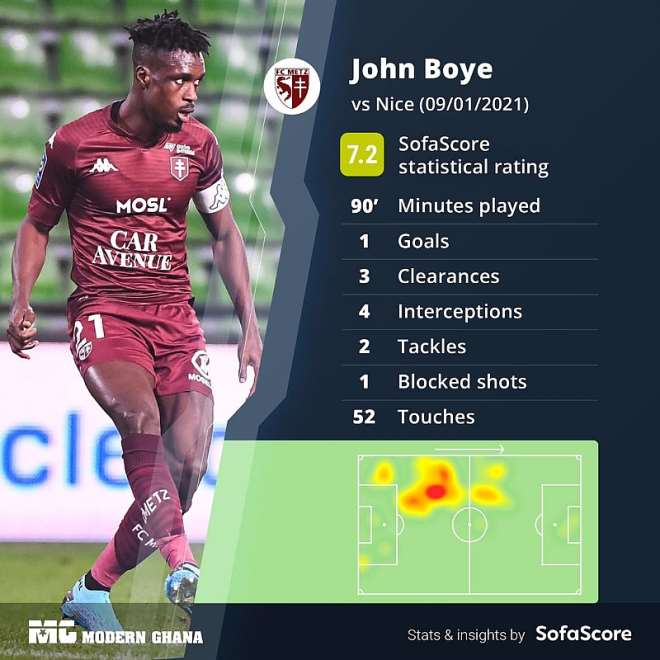