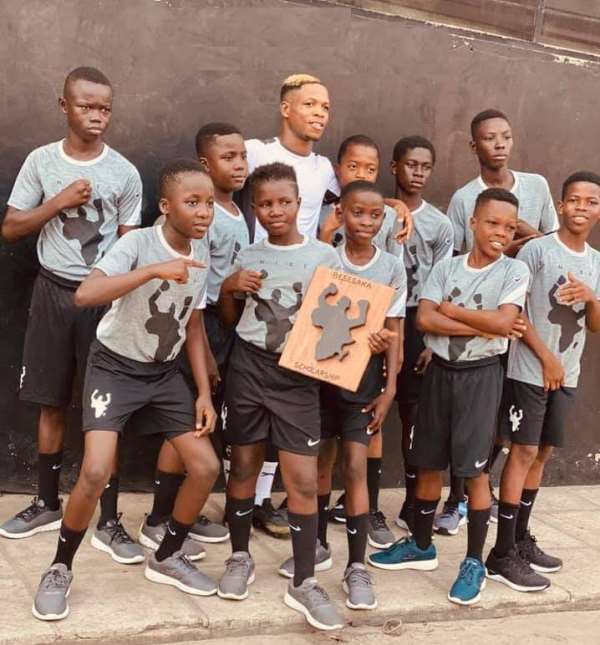 Mr, George Lamptey, President of the Ghana Amateur Boxing Federation (GBF) has commended James C. Nortey, a former footballer and his charges for organizing the Besesaka Boxing Day Tournament and selecting the best juvenile boxers who will get scholarships to further their education.

The ten juvenile boxing champions who were selected and offered scholarships by the Besesaka Boxing Project on Saturday held their first training session at the Attoh Quarshie Boxing Gym at James Town in Accra.

They were engaged in a training session where he charged them to be disciplined and neat at all times as well as keep safely the items donated by Besesaka Boxing Projects.

They have been offered scholarship for their education for the next three years, and will receive some provisions every month.

Former player of Right To Dream, James C. Nortey who schooled in the USA and played for Akademisk Boldklub in Denmark initiated the programme aimed at supporting less privileged but talented kids of Bukom and surrounding areas.

He currently works with Delegate who are partners in supporting the Besesaka Project.

Ms. Kylee Parsons, a rep. of Besesaka Boxing Project assured the kid boxers of total support. She said the project is not an aid or charity, but a partnership.

WBO rated Duke Micah, the newly appointed Ambassador of Amateur Boxing who trained with the kids adviced them to be thankful to the Besesaka Project and take their training very serious as all eyes are on them as future stars.

He urged them to study hard if there is no boxing training or engagement and be obedient at home.