I will be back in grand style – Duke Micah 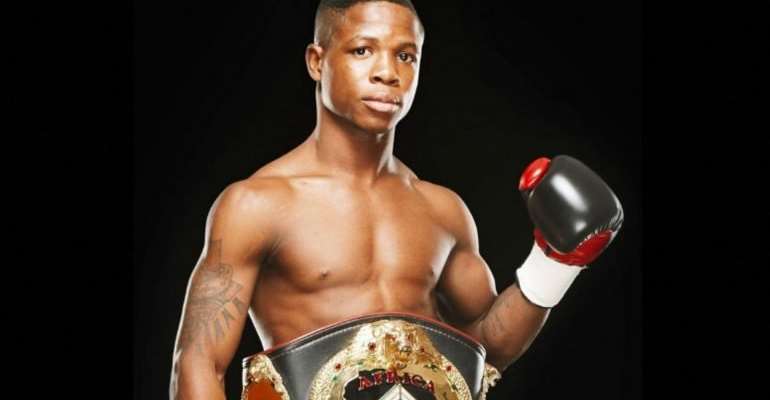 Ghanaian world-rated bantamweight boxer, Duke Micah has assured his fans that he will be back in grand style.

Speaking to in an exclusive interview with Modernghana.com, the babyface assassin who lost for the first time to John Reid Casimero of the Philippines said there is time for everything and at the right time he will become the world champion.

He revealed that the opportunity to crack at the WBO Bantamweight title came at a moment he was no well prepared, but he had to grab it and try his chance.

According to Micah, his opponent was very well prepared and highly motivated than him because his nation was fully behind him.

“I never knew people even watched the fight in Ghana. I thought nobody knew about it and I had no support even at the ringside, but I did my best” he said.

Duke Micah (24-1-0) said the fight against Casimero has taught him many lessons, and he is now humble than ever.

The newly appointed Ambassador of Ghana Amateur Boxing who represented Ghana at the 2012 Olympic Games urged boxers to be disciplined and take their training serious always as opportunities in the game may come when you are not prepared and you must fight.

He has returned to the Bronx Gym under Coach Carl Lokko, hoping to land another opportunity for another world title fight.

He thanked all his fans and admirers in Ghana and the USA.