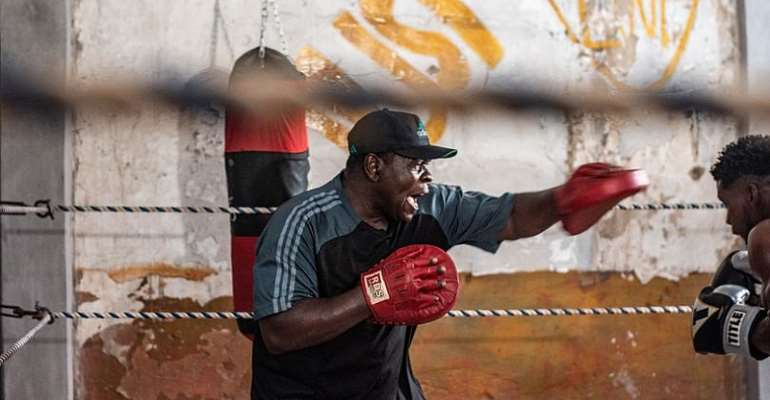 In an exclusive interview, he assured the nation that experienced boxers like Wahid Omar, Jessie Lartey and enterprising Samed Shakur are capable of qualifying at the next world stage qualifiers.

“All of them are SWAG Award winners, and we are sure they are capable of making it if we get fair officiating,” he said.

He expressed that all the boxers have taken up the challenge to train harder and go to the Games which is the biggest sports festival in the world.

He thanked the Ghana Olympic Committee (GOC) President Ben Nunoo Mensah for his motivation and support to the Bombers.

He also hailed the President of the Ghana Boxing Federation, Mr George Lamptey for his efforts in managing the team with little support from the government.

According to Coach Asare, al the boxers are self-motivated and they only need a training tour outside in Cuba or Eastern Europe to sharpen their rough edges.

Meanwhile, world rated Duke Micah, recently appointed an Ambassador for Amateur Boxing has also imparted words of motivation to the boxers and he also believes Ghana has a good chance of winning medals in Tokyo.