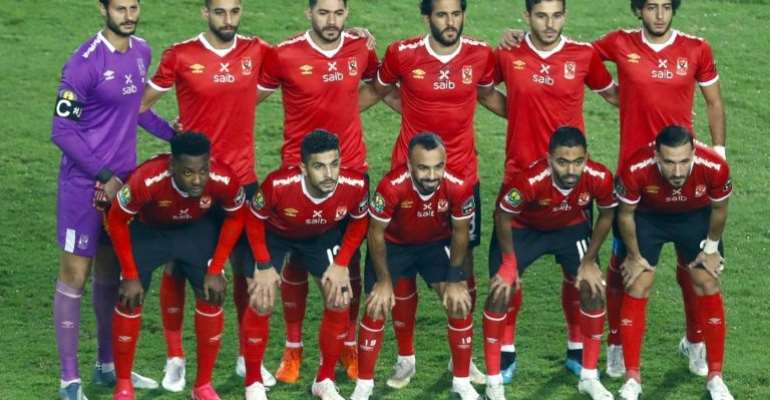 Ahly lie second in the standings with 10 points from four matches, one point less than El Gouna, who have played one game more.

Here, we round up African football news.

It is only the third time in all competitions since South African coach Pitso Mosimane succeeded Swiss Rene Weiler four months ago that Ahly failed to win.

Next up for Ahly is a Caf Champions League last 32-second leg against Sonidep of Niger this Tuesday with the Cairo outfit enjoying home advantage and a 1-0 aggregate lead.

Serbian Dragan Cvetkovic has resigned as coach of Democratic Republic of Congo giants and five-time African champions TP Mazembe because of family issues, the club announced.

The mother-in-law of the 59-year-old coach is unwell, requiring his wife to be with her in the Mediterranean island of Corsica.

Cvetkovic will be replaced by Pamphile Mihayo, the coach he succeeded after Mazembe were eliminated from the 2020 Champions League by Moroccan opponents Raja Casablanca in the quarterfinals.

A Covid-19 crisis affecting the Zimbabwe squad ahead of the African Nations Championship (Chan) in Cameroon from 16 January has deepened with five of the support staff testing positive.

This raises to 14 the number of those suffering from coronavirus with nine players testing positive after returning to a training camp having spent Christmas with their families.

Zimbabwe are scheduled to play Cameroon in the opening fixture of a competition reserved for footballers playing in their country of birth.

Recently appointed Libya coach Zoran Filipovic is confident he can dramatically improve the results of the Mediterranean Knights.

The 67-year-old Montenegrin took charge last month after Ali al Mergini quit having lost twice to Equatorial Guinea and once to the Comoros in his three-match reign.

"I will be based in Libya and believe that can help me succeed," said the new coach, whose team cannot play at home because of the security situation in the north African nation.

Covid-19 has wreaked havoc at top Malawian club Nyasa Big Bullets, forcing 10 of the squad and an official into self isolation.

The outbreak forced the cancellation of a highly anticipated Malawi Super League showdown between Bullets and Be Forward Wanderers, the most popular clubs in the commercial capital, Blantyre.

Bullets have won the Super League a record 14 times and are the only Malawian club to reach the group stage of the Caf Champions League.