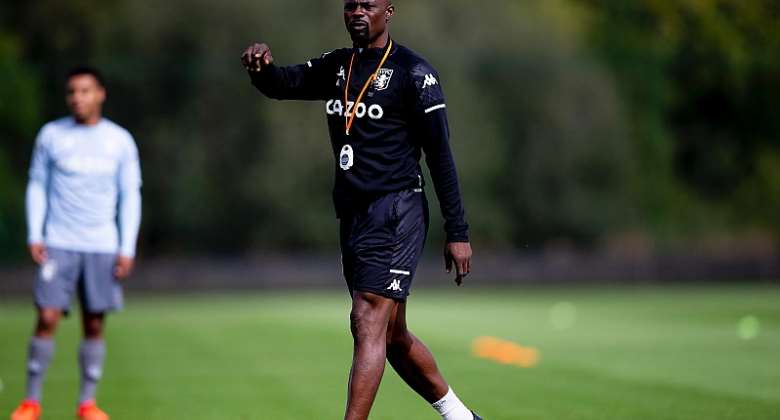 Aston Villa U-23 coach, George Boateng has openly reiterated that he will avail himself to coach the Black Stars in the future when the need arise.

Boateng before the appointment of CK Akonnor was strongly linked to the job following the exit of Kwesi Appiah after he failed to win the 2019 Afcon in Egypt.

He was however considered to be backroom staff to Akonnor.

But, Boateng is adamant he will only be available to take up the coaching job if the position becomes vacant.

“If the Black Stars need me, I will always be available,” the former Villa defender said in an interview with Joy Sports.

“I have a very good relationship with the GFA, with Mr Okraku and the Vice President, Mr Mark Addo and they are doing a great job now.

Boateng added that he is ready to head the technical team of four-time African champions when he is called upon.

“I’ve always indicated that if they need my services, I’m always available to talk and if we can come together and put our heads together and agree on something that’s perfect but there will definitely be an interest one day to manage the Black Stars,” he said

George Boateng retired from active football in 2013 and went into coaching a year later.

He began with Malaysian club Kelantan FA, but he now heads U23 team of Aston Villa.