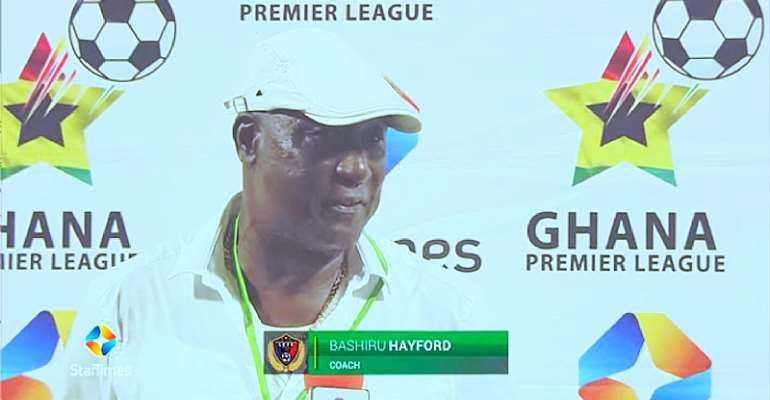 The head coach for Legon Cities FC, Coach Bashir Hayford says he hopes the defeat to Asante Kotoko will kindle a revival for his team in the ongoing 2020/2021 Ghana Premier League season.

The rebranded Wa All Stars club after playing five matches this season is yet to record a win.

Last Friday, the team played as a guest to Asante Kotoko at the Accra Sports Stadium keen on having the better of the Porcupine Warriors.

Unfortunately, Legon Cities FC suffered a narrow 1-0 defeat, sending them to the red zone on the league table.

Speaking in his post-match interview, Coach Bashir Hayford expressed satisfaction with the performance of his players while noting that he hopes the team can turn things around in the upcoming games.

“Well it was a tough game and I’m so satisfied with the performance of my boys. Honestly, they have put up a very spirited game and the performance. I have so much appreciated it.

“With this now we’re going forward. We hope this defeat will be the turning point for us,” the experienced gaffer said.

Next up for Legon Cities FC, the team will face Ebusua Dwarfs in the upcoming weekend.