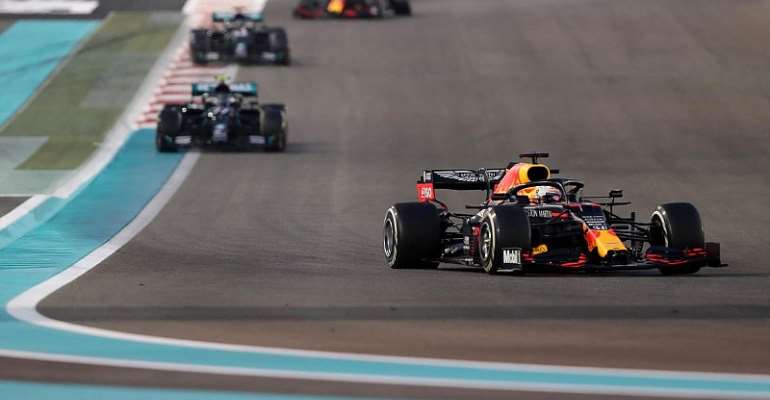 Max Verstappen led from start to finish as the Dutchman ended his 2020 campaign on a high, with Formula 1 bringing down the curtain on the season in Abu Dhabi.

Lewis Hamilton returned for Mercedes having missed the Sakhir Grand Prix through Covid-19, but could only finish third behind teammate Valtteri Bottas who was unable to apply any real pressure on Verstappen.

After his sensational performance at the Sakhir Grand Prix as Hamilton’s stand-in for Mercedes, George Russell returned to his usual Williams seat and could only muster a 15th place finish, bringing the 22-year-old back down to earth.

Sergio Perez’s race lasted just a handful of laps as the Mexican suffered a power issue on a nightmare final Sunday of the season, with the Sakhir Grand Prix winner still without a seat for 2021.

Sebastian Vettel finished his final race as a Ferrari driver in 14th, completing a desperately disappointing year, with the four-times world champion departing the Scuderia to join Aston Martin for the 2021 season.

Daniel Ricciardo claimed a fifth-place finish in his final race for Renault before next season’s switch to McLaren while Carlos Sainz took sixth place ahead of his move to Ferrari.

Suspend Sammy Gyamfi if he fails to apologize to Speaker, Ha...
49 minutes ago

Shame on you for abandoning post for 3 hours to go drink tea...
53 minutes ago