PL: Chelsea go top after coming from behind to beat Leeds 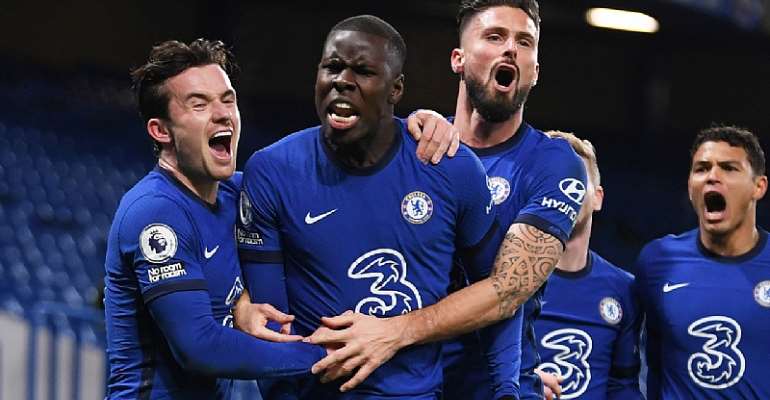 Olivier Giroud scored again as Chelsea moved to the Premier League summit with a 3-1 win over Leeds United at Stamford Bridge.

The French forward followed up his four-goal haul in Sevilla in midweek by marking his first league start of the campaign with a brilliant first-time finish on 27 minutes.

It cancelled out a delightful early opener from former Blues striker, Patrick Bamford, who rounded Edouard Mendy and tucked away Kalvin Phillips’ sensational through ball.

The match saw 2000 home fans return to the Bridge for the first time since the first Covid lockdown and Chelsea ensured they left happy when Kurt Zouma header them in front from a right-wing corner just past the hour.

Substitute Christian Pulisic wrapped up the points in injury time.

The result sees Frank Lampard’s men move top of the table, a point ahead of Tottenham and Liverpool who both play on Sunday.

Chelsea can now give key personnel a rest at home to FK Krasnodar on Tuesday after comfortably topping Champions League Group E. The Blues then visit Everton on Saturday while Leeds host West Ham on Friday.