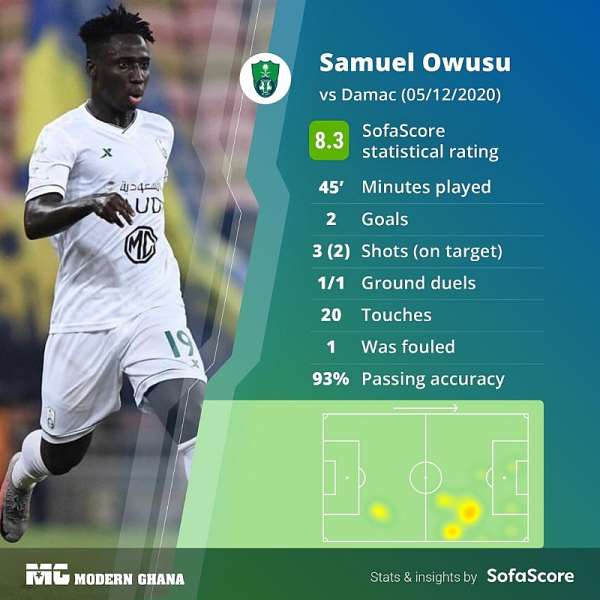 Ghana international Samuel Owusu scored a brace for his Al-Ahli side on Saturday afternoon when the team lost to Damac FC in a seven-goal thriller in the Saudi Pro League.

The talented youngster who is on loan from Al-Fayha continues to perform for the team and has gradually become a key asset in the ongoing 2020/2021 Saudi top-flight league.

Today, the 24-year old was given a starting role when Al-Ahli traveled to the Prince Sultan bin Abdul Aziz Stadium to take on Damac FC.

In the fixture that served as a Matchday 7 encounter, Samuel Owusu blossomed with his direct attacking play and scored in the 12th minute to open the scoring for his team.

Six minutes later, the pacey Black Stars forward displayed his quality once again as he scored his second on the afternoon to complete a brace.

Unfortunately, the game that ended with seven goals saw Damac FC emerging victories on the back of a 4-3 result.

Lasting just 45 minutes, Samuel Owusu bowed out with a passing accuracy of 93% while meriting a high rating of 8.3 from renowned statistics providers SofaScore. 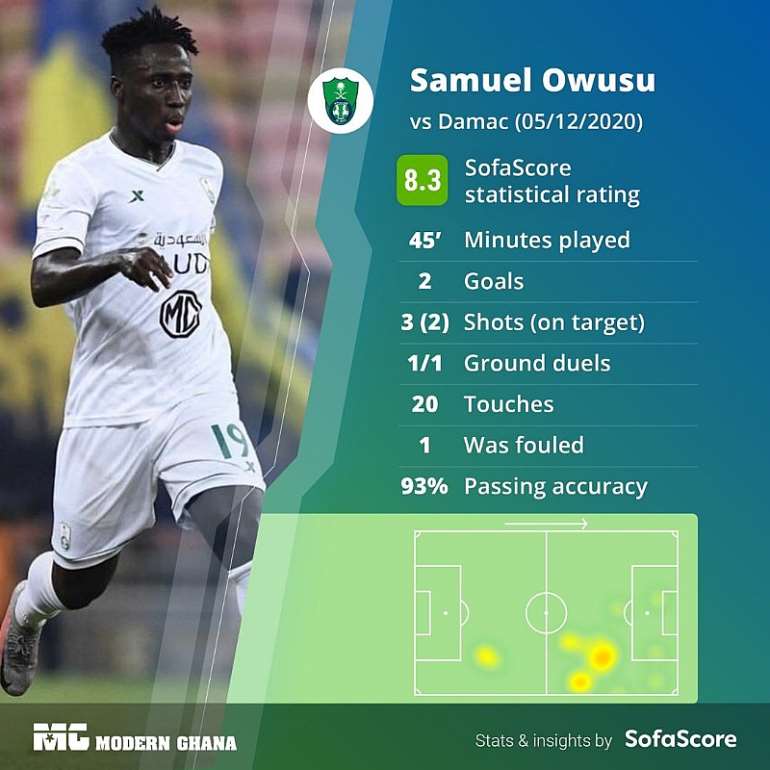 On the Matchday, Ljubomir Fejsa netted the third equalizer for Al-Ahli while a brace from Emilio Zelaya plus goals from Farouk Chafaï and Mazen Abusharara earned all 3 points for Damac FC.