20/21 CAF Confederations Cup: End of the road for Ashgold as Miners lose 2-1 to Salitas FC 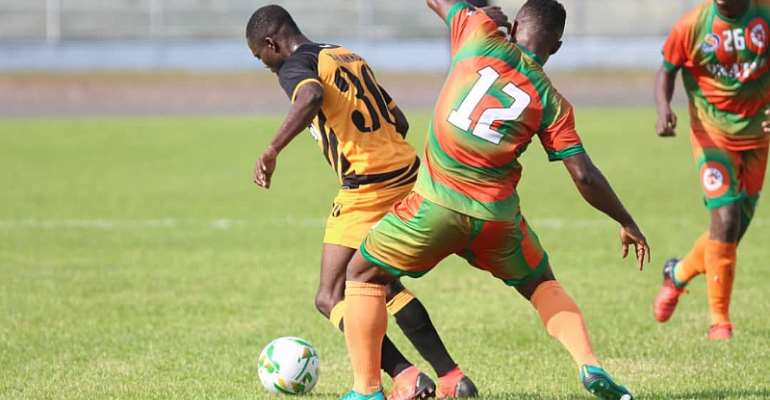 Ghanaian giant, Ashanti Gold SC has been eliminated from the 2020/2021 CAF Confederations Cup competition after losing 2-1 to Salitas FC on aggregate.

The Obuasi-based club faced off with the Burkina Faso opponent for the first of the two-legged tie last weekend keen on picking up a good result before traveling to Ouagadougou for the reverse fixture.

Unfortunately for the Miners club, they were held to a goalless draw by Salitas FC, leaving the faith of both teams in the competition in the second leg tie.

Today, Ashgold SC played as a guest to the opponent at the Stade Du 4 Août for the reverse fixture optimistic about their chances of progressing.

Following a very slow start to the game, the side conceded in the 14th minute courtesy of a strike from Olivier Boissy.

Now in the driving seat, Salitas FC dominated play and pushed for a second. Later in the 45th minute, Olivier Boissy scored again to complete his brace while doubling the lead for the side.

Although David Abagna will score to reduce the deficit for Ashanti Gold SC in added time of the first half, the Ghana Premier League side could not complete a comeback in the second half.

As a result, Ashgold SC has suffered elimination from this season’s CAF Confederations Cup competition at the preliminary stage.