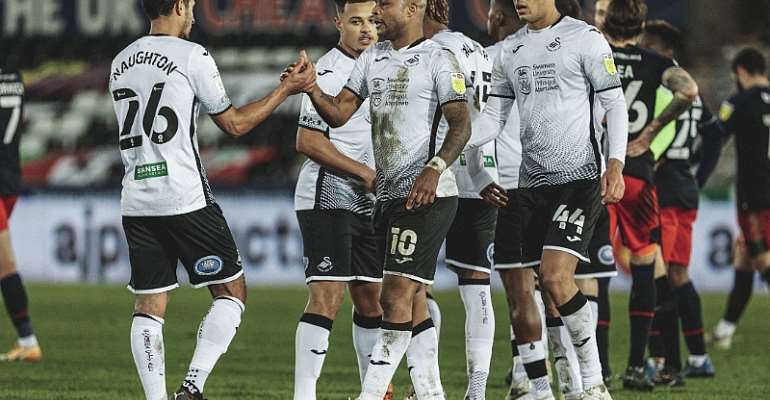 Ghana forward Andre Ayew starred on Saturday afternoon while in action for his Swansea City side as he scored and provided an assist to inspire the team to defeat Luton Town 2-0 in the English Championship.

In a Matchday 16 fixture of the ongoing 2020/2021 English lower-tier campaign, the exciting attacker earned a starting role to help the team recover from a defeat from their last outing.

After just two minutes into the first half, Andre Ayew displayed his creativity as he assisted Connor Roberts to score to give Swansea City an early lead.

Although Luton Town had their moments, later on, they could not find the back of the net and had to go into the break trailing to the home team.

In a second half where Swansea City played with a man advantage after the 69th minute as a result of the sending off of Matthew Pearson, the host capitalize and scored a second in the 89th minute courtesy of an equalizer from star-man Andre Ayew.

With today’s performance, the 30-year old finished with a rating of 8.4 from Modernghana Sports partners and top statistics providers SofaScore. 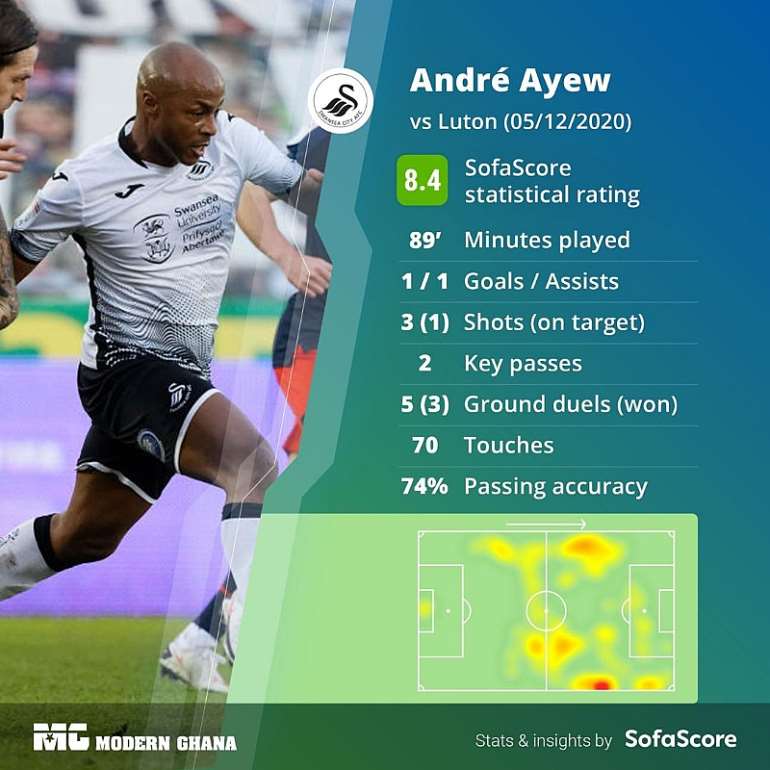 This season, Andre Ayew has played in 15 matches for Swansea City and now has 7 goals and 2 assists to his name.