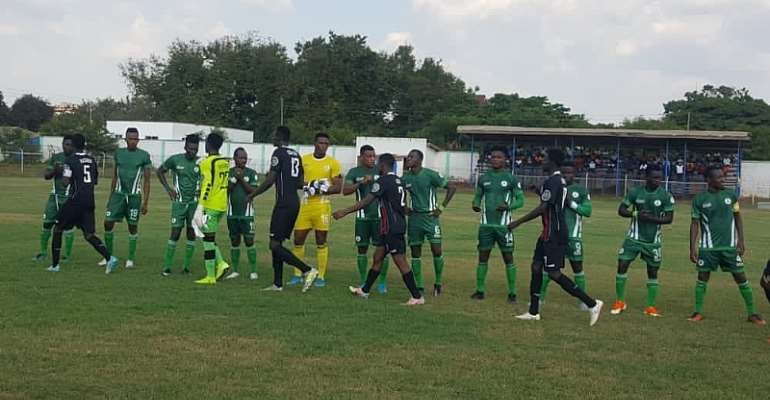 Prior to today’s encounter, the Kumasi-based club had played 3 matches in the Ghanaian top-flight league but remained winless.

Facing off with an Inter Allies FC side that had beaten Hearts of Oak in their last outing, many predicted a close contest.

True to the prediction, the encounter that ensued between the Kumasi-based club and the side from Accra proved difficult to decide.

The first half of limited chances to both clubs ended goalless with the away team playing some fine football.

After recess, King Faisal emerged as the better side and managed to get the goal to deservedly pick up the maximum points.

It was all thanks to midfielder Samuel Kusi who scored with a fine effort in the 85th minute to ensure King Faisal sunk Inter Allies.