CAF CL: Asante Kotoko’s match against FC Nouadhibou to be live on Ceek 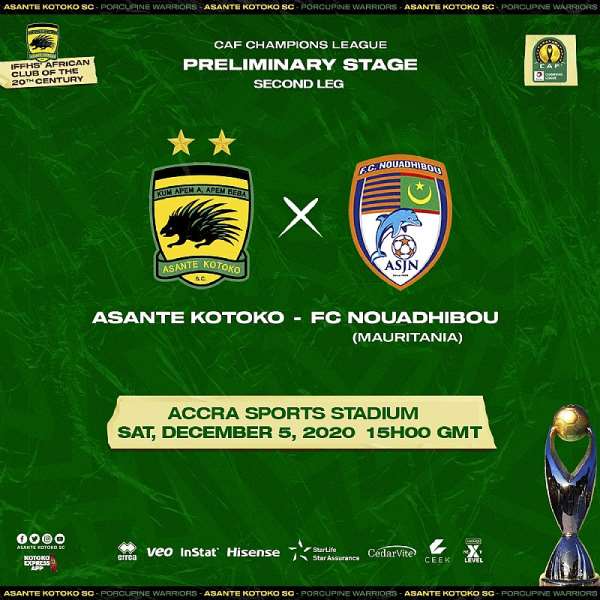 The CAF Champions League meeting between Asante Kotoko and FC Nouadhibou will be live on ceek.com, an official club statement from the Ghanaian club has confirmed.

On November 3, 2020, the Porcupine Warriors club announced that they have secured a partnership deal with the global award-winning premium social virtual and augmented reality experience firm for the next three seasons, beginning with 2020/21.

With the Ghana Premier League giants set to host FC Nouadhibou this weekend, Ceek will be in action for the first time.

A statement on the Twitter page of Asante Kotoko has revealed that the game against the Mauritania champions will be streamed live on the platform.

The crucial game which will potentially hand the Reds qualification to the next phase of the CAF Champions League will be played at the Accra Sports Stadium on Saturday, December 5, 2020.