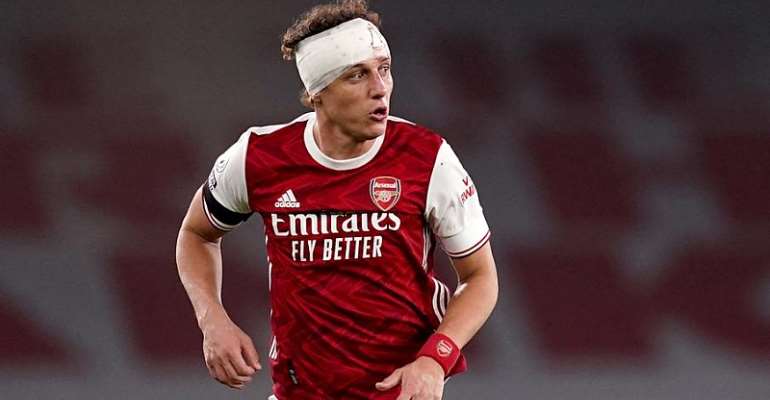 Jimenez was taken off the pitch on a stretcher and later underwent an operation on a fractured skull while Luiz was allowed to play on with his head bandaged before being substituted at halftime.

"The cut to David's head will take some days to heal and therefore he will not be available for Thursday's match," Arsenal said in a statement.

"Close care of David's cut and general monitoring of his wellbeing will continue in the coming days and David continues to be in good health."

Arsenal also defended the decision to allow Luiz to continue playing against Wolves, saying "protocols were completed" with the player showing no signs of concussion.

Mikel Arteta's side have already booked a place in the Europa League knockout stages with 12 points from four matches in Group B.