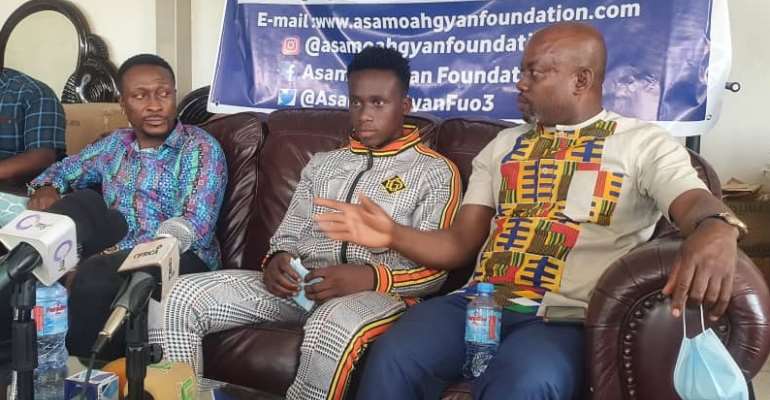 He said it is good to give back to society and the Asamoah Gyan Foundation must be commended for venturing into the provision of safe water, health and agriculture.

According to him, he was touched when Samuel Anim Addo invited him to sit at the high table during the presentation of a cheque for $7,000 to 13-year-old Ghanaian born American boxer, Joseph Awinongya Jr.

Takyi encouraged the USA based Awinongya Jr. to work hard as he eyes the 2028 Olympic Games when he will be 21 years.

“I am 19 years, and I am going to the Olympic Games as one of the youngest athletes. I am not going to be a tourist or joke at the Games, I want to achieve, I want to win a medal especially the gold. I want the government and organisations who believe in us to support us win the gold” he expressed.

Samuel Takyi was selected into the Black Bombers and at his first international assignment, he qualified for the Olympic Games by beating the African Champion.

He stressed that it is indeed a long time that Ghana won an Olympic medal, and promised to bring home the ultimate.