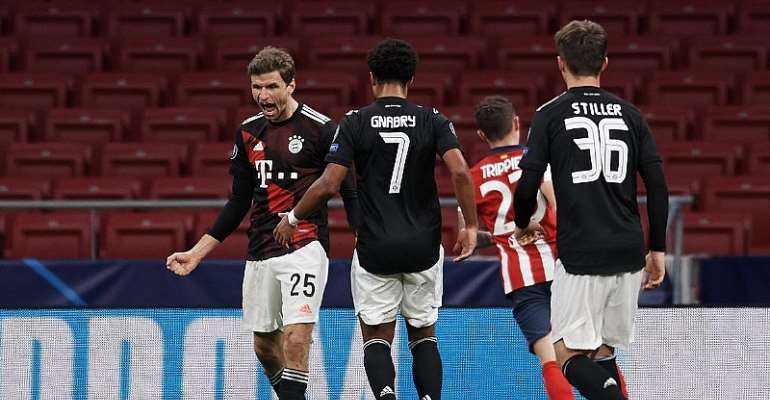 Thomas Muller came off the bench to score a penalty late on as an under-strength Bayern Munich drew 1-1 with Atletico Madrid who need a point next week to seal their place in the next round of the Champions League.

Diego Simeone, who was again without Diego Costa and Luis Suarez, saw Joao Felix step up his game with his through balls and fancy flicks.

The Portuguese playmaker was the best player on the park and gave his side the lead with a striker's finish at the near post for his third of the season in this competition.

The reigning champions, who rested their stars including Robert Lewandowski and Manuel Neuer with a debut for 17-year-old Bright Arrey-Mbi, carved out few chances with their best opportunity falling to the impressive Jamal Musiala who fired narrowly wide from distance.

Hansi Flick brought on Muller and Serge Gnabry in the second half but their tempo remained slow and they created little.

But Muller earned them a fortunate draw after being brought down by Felipe for a penalty which he converted four minutes from time. The result means Atleti must avoid defeat away to Red Bull Salzburg to progress ahead of the Austrians.