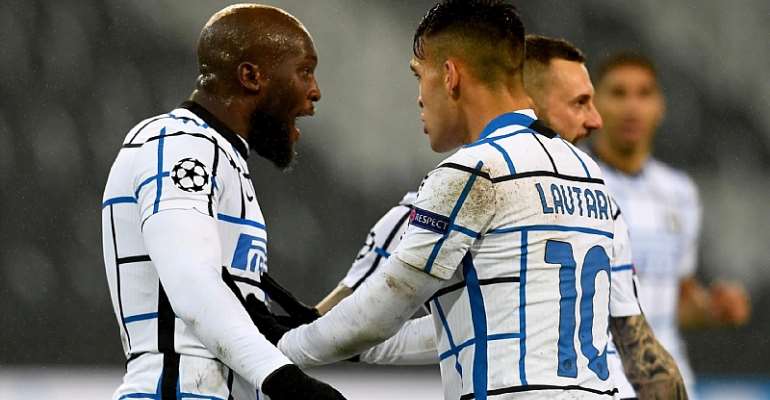 Two goals from Romelu Lukaku helped Inter Milan secure a thrilling 3-2 win over Borussia Moenchengladbach that keeps their hopes of qualifying for the last 16 of the Champions League alive.

Lukaku fired home for a 2-1 lead in the 64th minute and then tapped in his second goal nine minutes later to make it 3-1, with Inter now needing a win in their last group match against Shakhtar Donetsk to have any chance of advancing.

Gladbach had levelled through Alassane Plea in first-half stoppage time after Matteo Darmian's 17th-minute opener for Inter, and the Frenchman cut the deficit in the 76th before having an 84th-minute effort ruled out for an offside by VAR.

Gladbach are top on eight points from five games, one ahead of Shakhtar and Real Madrid after the Ukrainians earlier beat the visiting Spaniards 2-0. Inter have five points.

All four teams will battle to reach the last 16 on the final matchday.