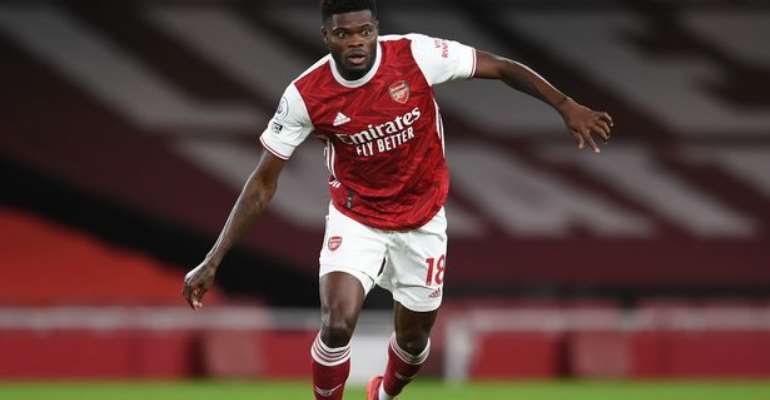 Thomas Partey will spend more time on the sickbed to continue to nurse his injury.

The midfielder was hoping to recover after suffering an injury before teh international break last month.

Partey has not featured for the Gunners since picking up an injury during the 3-0 loss to Aston Villa in the Premier League on November 8.

"He had an injury very early in the game [against Aston Villa], he wanted to continue the second half,” Arteta said.

"We knew it was a significant injury. He's done very well and he's working very hard, he wants to be available.

“I don't think he will be with us in the next few games.”

Arsenal has been poor and shambolic with the services of the midfielder in their previous games played but Arteta will not use the player’s absence as an excuse.

“We have many different issues but I don't like to use that excuse,” he said. “At the end of the day, we are always really close to winning football matches and we have ended up losing them in the last few games and this is only in our hands with the players that we have. It's what we have to do, we cannot change that. It is in our hands.”

Following the loss to Villa, they drew 0-0 with Leeds, looking toothless in the process, and were beaten at home by Wolves on Sunday.

Tottenham sit atop the Premier League, while Arsenal are down in 14th - and facing a tough slog over the next month.

The Gunners face Rapid Vienna and Tottenham this week, followed by matches against Dundalk, Burnley, Southampton, Everton and Manchester City before Christmas.