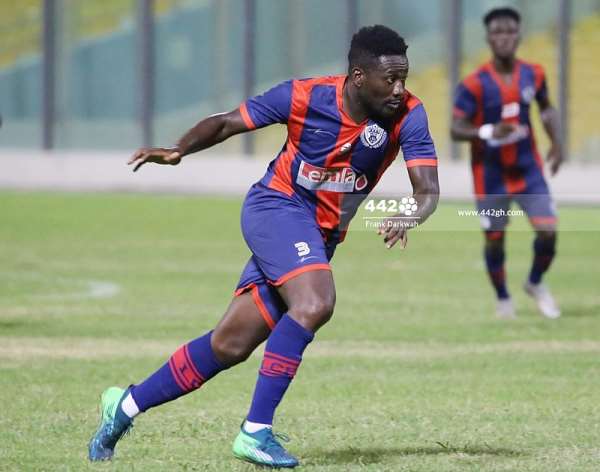 Legon Cities striker, Asamoah Gyan is confident of finding the back of the net soon after making his debut for the club on Friday.

Gyan was introduced in the second half of their game against Medeama in a 0-0 draw game at the Accra Sports Stadium.

“As a striker, of course, people might be expecting goals from me but the goals will come.

"We are still working, if you watch Legon Cities I think 85 per cent of our players are new, we are still getting to know each other.

"Tactically we are working but I think now we are understanding what we want to do. The technical team have done a great job.

"It’s been a short while but now they are beginning to understand what is at stake. So, we just hope the next game goes well.”

“I am very much excited to be back home. This is where the name, Asamoah Gyan started and it feels great to play in the league again after 17-years, ” Gyan said after Friday's landmark appearance.

“I am very much satisfied with the game tonight. It’s a positive one. We need to approach the next game with this same mentality and I believe soon the wins will come.”

Gyan could make his first start for Legon in their match week four encounter with Dreams FC.