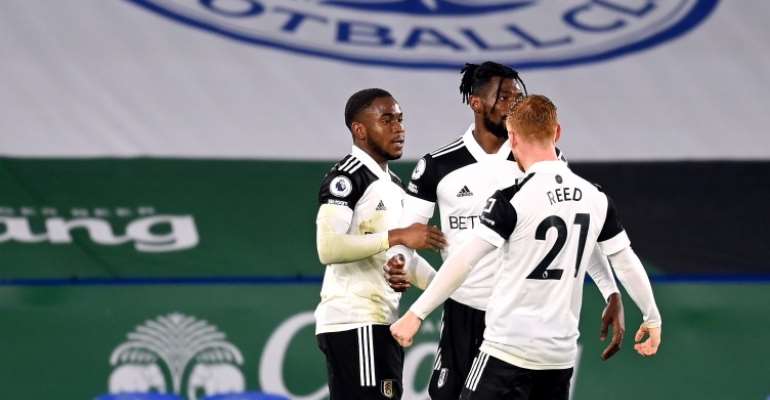 Fulham claimed a rare Premier League away win as they shocked high-flying Leicester City 2-1 to move out of the relegation zone.

The Cottagers opened the scoring on the half-hour mark with Ademola Lookman putting his Panenka penalty miss behind him courtesy of a composed finish.

The 23-year-old forward paid tribute to the late Papa Bouba Diop as part of his celebrations, holding aloft a Senegal shirt with the former Fulham midfielder’s number on the back.

The visitors were then awarded a penalty following a VAR intervention on 38 minutes. Ivan Cavaleiro banished his own spot-kick woes after his miss against Everton, to give Scott Parker’s men a deserved interval lead.

Leicester could have moved level on points with leaders Tottenham with a victory but struggled to find a way back into the contest in the second half. Substitute Harvey Barnes did reduce the arrears when he rifled in his fifth goal of the season four minutes from time, but it was too late to help them rescue a point.

The result sees Fulham edge up to 17th place with only their second league win of the season. Leicester stay fourth.

Next up, Leicester visit Zorya Luhansk in the Europa League before taking a trip to Sheffield United on Sunday. Fulham are at Manchester City on Sunday.