CAF CL: FC Nouadhibou Camping In Senegal Ahead Of Reverse Fixture Against Kotoko 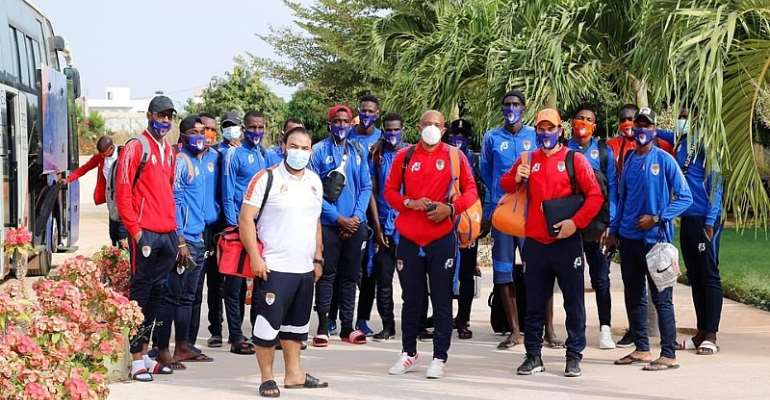 FC Nouadhibou has arrived in Senegal today to have mini camping before traveling to Ghana to face Asante Kotoko in the reverse fixture of the preliminary stage tie of this season’s CAF Champions League competition.

The Mauritania top-flight league Champions hosted the Ghanaian opponent on Sunday afternoon in the first leg of the two-legged encounter.

Having been given tough opposition from the Porcupine Warriors club, FC Nouadhibou had to come from behind to draw 1-1 at the end of the 90 minutes.

With both teams having it all to play for in the second leg, the Mauritanian side appears to be taking needed steps to ensure they come out tops at the end of the tie.

Today, the team and officials of the club have arrived in Senegal where they are billed to have a 4-day training camp before enplaning to Ghana for the crucial meeting with Asante Kotoko in the weekend.

The big game which will determine the fate of the two teams in this season’s CAF Champions League competition has been scheduled to be played at the Accra Sports Stadium.

Meanwhile, Asante Kotoko has also safely arrived in Ghana today and expected to step up training ahead of the big game against FC Nouadhibou.