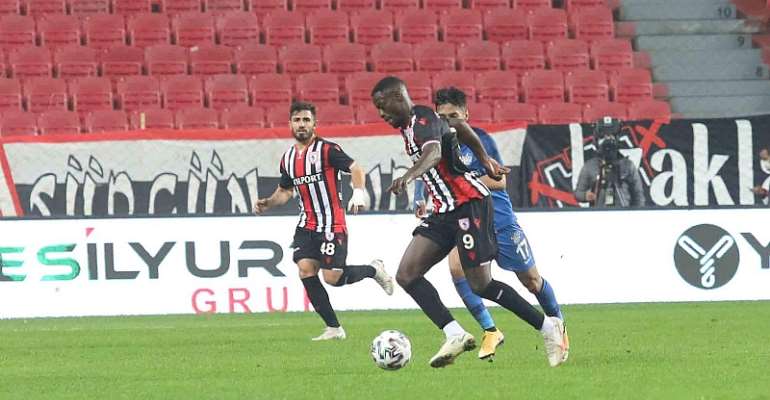 Ghana star, Edwin Gyasi has expressed his excitement following their win over Tuzlaspor.

The Red and White returned to winning ways with a 2-0 win over Tuzlaspor at the 19 May Stadium on Sunday.

Guido Kocer scored on the 16th minute to give the home side the lead.

On the 59th minute, Yalçın Kılınç to seal the win to maintain their impressive start of the season.

However, Gyasi who was introduced in the second half impressive in the last 16 minute of the game.

He was rated 6.8 for his performance.
Gyasi has expressed his excitement in an Instagram post on Monday.

The home win has lifted Samsunspor to the 3rd on the league log with 20 points.

Gyasi and his Samsunspor teammates will be hosted by 11th placed Balıkesirspor at the Balıkesir Atatürk Stadium on Saturday.