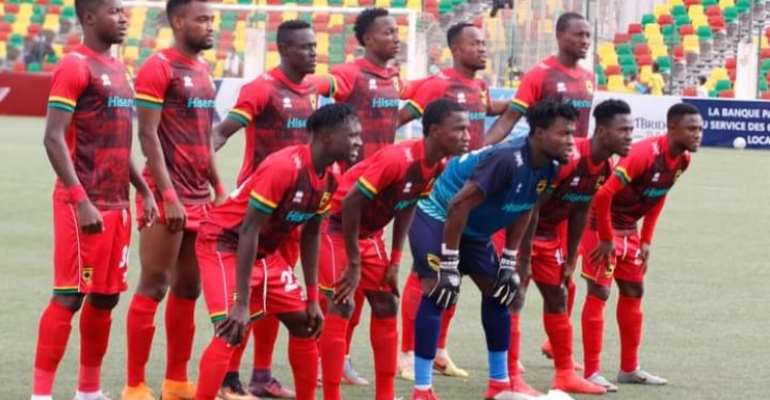 Asante Kotoko coach Maxwell Konadu believes their chances of winning their Caf Champions League opener against Mauritian side Nouadhibou was halted due to poor officiating.

Osman Ibrahim scored on the 5th minute to put the Porcupine Warriors ahead at Stade Cheikha Ould Boidiya in Nouadhibou on Sunday.

But Hemeya Tanjy drew level for the home side from the spot minutes later after the referee adjudged the ball to have struck the arm of Yussif Mubarik, much to the dismay of Kotoko officials.

“A draw is not bad, but I think that if the officiating was a bit better today, we would have won the game," Konadu told Kumasi based Silver FM.

“However, a Champions League 1-1 away draw is better than a goalless stalemate.

"We have taken the 1-1 result in good faith, we will go home and work harder to ensure we beat them by at least one or two unanswered goals so we can progress to the next stage."

Meanwhile, International Relations Manager of the club, Dentaa Amoateng also expressed her displeasure after the stalemate.

“Our boys played very well, but you can clearly see there is something wrong with the officiating referee," she said.

Kotoko will host Nouadhibou for the return fixture in Accra on December 6.

The aggregate winners after the two legs progress to the next round of the competition to play against Al Hilal Club of Sudan or Ugandan outfit Vipers.

Kotoko have set their sight to at least make the group stage of the Champions League this year, their last berth coming in 2006.

Two-time champions, their last triumph came in 1983 when they beat Al Ahli of Egypt in the final.