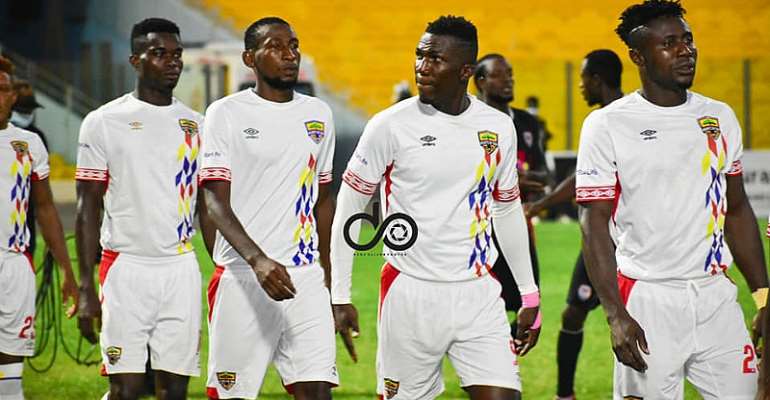 The matchday 3 of the ongoing 2020/21 Ghana Premier League successfully came to an end at the various stadia with some intriguing results.

On Friday night, Asamoah Gyan’s debut for Legon Cities ended in a 0-0 draw with Medeama at the Accra Sports Stadium.

The moment of history came on the 70th-minute mark when the fourth official’s board showed the number 3. Gyan came on for his second debut in the Ghana Premier League, 17 years after he made his first.

Gyan’s most significant contribution was when he nutmegged Justice Blay and played a through ball which created a chance for his side.

Karela United came from a goal down to beat Dreams FC 2-1 and go top of the table after round 3 of the Ghana Premier League on Sunday at the CAM Park in Aiyinsase.

Former Hearts of Oak striker Joseph Esso broke the deadlock for Dreams in the 37th minute with his second goal of the season but Franklyn Osei pulled parity just 3 minutes later to end the first half at 1-1.

Osei then sealed his brace on 65 minutes to wrap up the win and move Karela top of the table on 7 points after 3 games.

In Sogakope, WAFA needed to rally from a goal down to secure a 1-1 draw at home to Elmina Sharks.

Forward Justice Mensah put Sharks in front after 41 minutes to end the first half with the advantage but Augustine Boakye scored just 10 minutes after the break to secure a point for the academy boys.

In Dormaa, Aduana Stars and Bechem United played out a 0-0 draw in a Brong Ahafo Regional derby.

In the only game on Saturday, Richard Amponsah and Razak Boame scored 2 minutes apart for Eleven Wonders and Liberty Professionals respectively to share the spoils in Dansoman.

Asante Kotoko’s game against Great Olympics has been rescheduled for December 9 while Ashantigold’s game against King Faisal will take place on Dec 2.

Both Kotoko and Ashgold played their first Caf Champions League and Confederations Cup preliminary round game on Sunday.