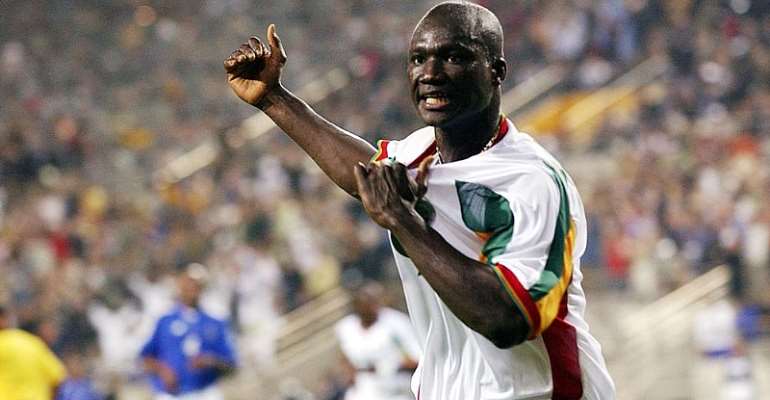 Former Fulham, Portsmouth and West Ham midfielder Papa Bouba Diop has passed away aged 42, according to reports in Senegal. He was reportedly suffering a long-term illness.

Bouba Diop was part of the Senegal national team who reached the quarter-finals at the 2002 World Cup. He scoring the first goal of the tournament to beat France 1-0 in one of the greatest shocks in World Cup history.

The former Senegal international, capped 63 times for his country, played seven seasons in the Premier League and won the 2008 FA Cup with Portsmouth.

He started his career at Senegalese club ASC Diaraf in 1996 and had spells in Switzerland with Vevey, Neuchatel Xamax and Grasshoppers. He moved to France to play for Lens in 2002 before joining Fulham in 2004.

Having enjoyed arguably his most successful period at Pompey, Bouba Diop left the south coast club in 2010 for stints at AEK Athens, West Ham and Birmingham City before hanging up his boots in 2013.

He was affectionately known as "the wardrobe" by supporters.

Bouba Diop, standing at 6ft 5" tall, was renowned for his immense stature in the heart of a midfield and gained popularity in England for his long-range strikes from distance.