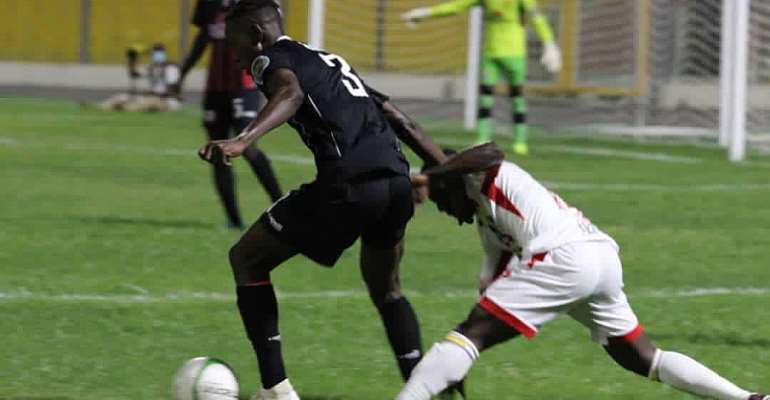 A stunning strike from midfielder Richmond Lamptey on Sunday evening handed Inter Allies FC a narrow 1-0 win against Hearts of Oak in the Ghana Premier League.

Nicknamed the Capelli Boys, the team hosted the Rainbow lads at the Accra Sports Stadium today for a Matchday 3 fixture of the new top-flight league season.

On the Matchday, Hearts of Oak enjoyed the better of passion in the first half but could not capitalize on the few chances that they created and had to go into the break disappointed.

After recess, an entertaining matchup ensued between the two teams with the midfield of Inter Allies proving to be a joy to watch.

A minute after the hour mark, Richmond Lamptey scored with a thunderous strike to give the home team the lead.

Although Hearts of Oak pushed to equalize to draw level, the efforts of the team were not enough, seeing the side suffer a 1-0 defeat at the hands of Inter Allies at the end of the 90 minutes.