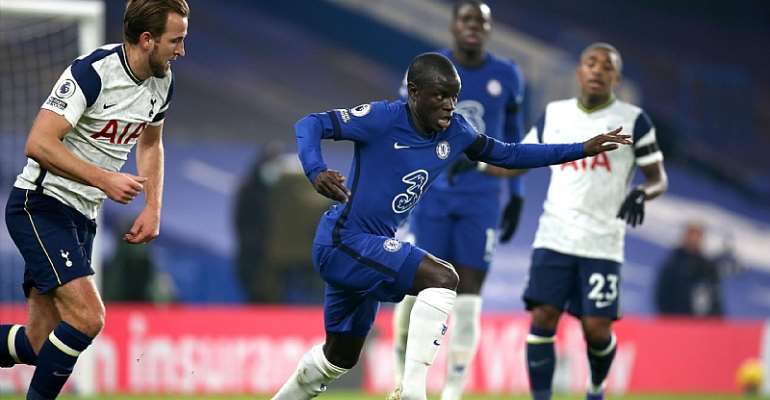 Tottenham moved to the top of the Premier League table following a cagey 0-0 draw at rivals Chelsea.

Timo Werner had a goal rightly chalked off for offside early on while Serge Aurier’s pile-driver was beaten away by Edouard Mendy in a tight first period of few chances.

Joe Rodon made his full debut at the heart of the visitors’ defence and despite some shaky moments he showed signs of promise as Jose Mourinho’s men kept a dominant Chelsea at bay in the second period.

Mason Mount forced a fine save out of Hugo Lloris while substitute Olivier Giroud will rue failing to convert a last-gasp chance as a much-hyped derby between two sides hoping to demonstrate their title credentials fizzled out into a stalemate.

The result sees Tottenham move to the summit, ahead of Liverpool on goal difference. Chelsea are two points further back in third.

Chelsea will now visit Sevilla in the Champions League in midweek before hosting Leeds on Saturday. Tottenham are in Europa League action at LASK prior to the small matter of the North London derby at home to Arsenal on Sunday.