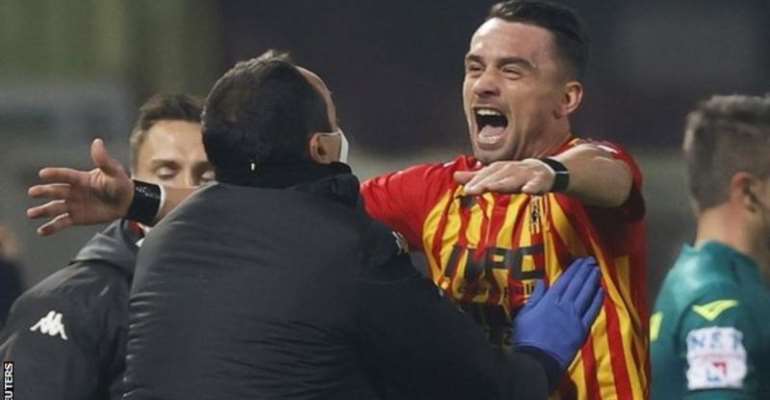 Juventus drew for the fifth time in nine Serie A games this season as they were held by promoted minnows Benevento.

Gaetano Letizia levelled on the stroke of half-time with a volley from Arthur's half-clearance.

Paulo Dybala missed a late chance to win the game and Juve had Morata sent off for dissent at the final whistle.

Juventus - who have won nine consecutive titles - sit in fifth place after four wins and five draws so far.