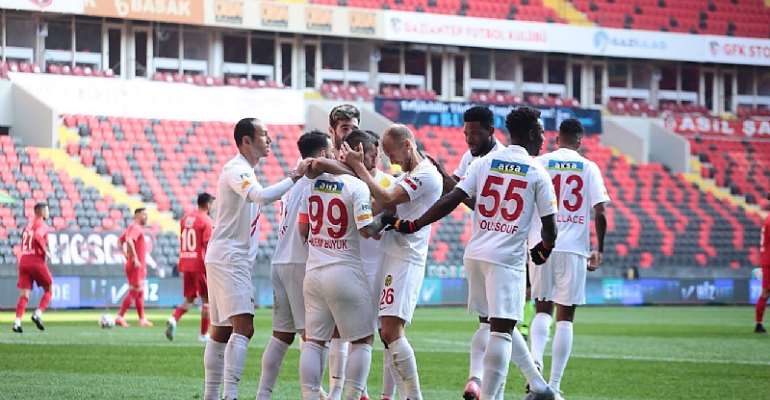 The winger earned a starting role for his team today when they visited the Gaziantep Stadyumu to take on the Matchday 10 opponent.

As a result of a slow start to the match, Yeni Malatyaspor had to go into the break trailing courtesy of a strike from Kevin Mirallas in the 19th minute that had given Gaziantep FK the lead.

After the break, the visitors displayed a good attacking play in a bid to find the back of the net to restore parity.

In the 49th minute, the efforts of the team paid off with Benjamin Tetteh assisting Adem Buyuk to bring Yeni Malatyaspor level.

The 23-year old went on to excel for his team throughout the game as the match eventually ended in a draw at the end of the 90 minutes.

On the matchday, Jean-Armel Kana-Biyik netted the second goal for Gaziantep FK in the 74th minute before Jetmir Topalli equalized in the 89th minute to ensure Yeni Malatyaspor earned a point.