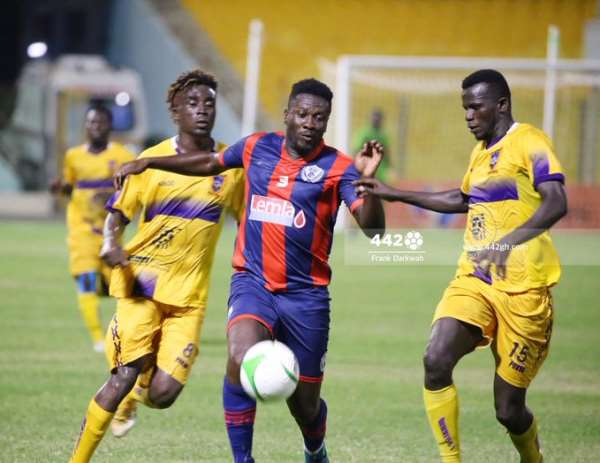 The Royals hosted Medeama SC at the Accra Sports Stadium in the matchday 3 fixture.

Gyan, 33, who made a return to the Ghana Premier League this summer after 17 years finally made his debut for the club in a stalemate against Medeama, leaving them with 2 points after three matches played in the ongoing season.

Gyan who in the first half was seen helping to coach the team came on in the second half and made an instant impact.

His 20 minutes cameo was the highlight of the match but his brilliant piece of skill, to nutmeg Medeama's Justice Blay is what has left fans craving for more.

Legon Cities remain winless in the three games they have played so far, drawing two of the games and losing one, but Gyan is confident that they will settle and soon hit the ground running.

“I am very much excited to be back home. This is where the name, Asamoah Gyan started and it feels great to play in the league again after 17-years, ” he said after the game.

“I am very much satisfied with the game tonight. It’s a positive one. We need to approach the next game with this same mentality and I believe soon the wins will come,” he added.

Below is Asamoah Gyan's numbers against Medeama SC.