Edwin Gyasi Trains With Samsunspor Teammates Ahead Of Tuzlaspor Tie 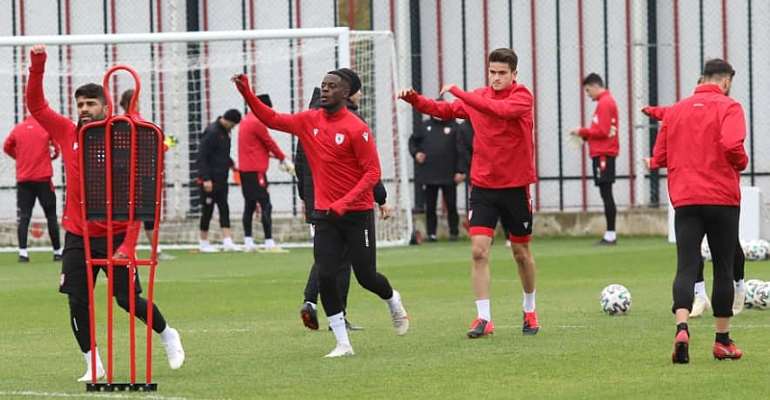 Ghana winger Edwin Gyasi trained with his Samsunpor teammates at the Nuri Asan Facilities ahead of their TFF League 1 tie against Tuzlaspor in Turkey.

The Red and White will host Tuzlaspor at the Canik 19 May Stadium.

Gyasi and his teammates will be hoping to record their first win after the international break.

Samsunspor were held by Giresunsporto a 0-0 game which the 28-year-old hugely impressed.

The former CSKA Sofia star will be hoping to continue his fine start ar the club when handed a starting place.

Despite the early set back following his move to the club, Gyasi has scored once and will be hoping to improve as the season continues.