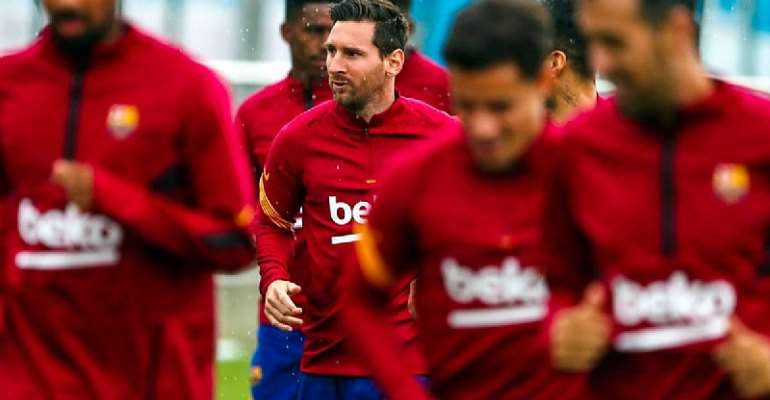 Barcelona have reached an agreement with representatives of their players and coaching staff to temporarily cut salaries and postpone bonuses due to the financial impact of the COVID-19 pandemic, the club said on Friday.

The Liga club said it expected to save around 172 million euros (154.60 million pounds), with 122 million from reductions to fixed wages this season and a further 50 million euros through the deferral of bonuses for three years.

"This principle of agreement is pending ratification in the coming days by the group of players and technical staff affected," the club said in a statement here on their website.

“The agreement, if it is ratified, will represent a milestone of great importance in redirecting the current economic situation.”

Last month Barca posted a record loss of 97 million euros after tax for the 2019/20 financial year and a 14% revenue fall and said the club was braced for a bigger drop this season.

Barcelona imposed a temporary pay cut of 70% earlier this year lasting the duration of the national state of alarm, which began in March and ended in June.

There is possibility of a lockdown, other restrictions – Opp...
53 minutes ago