We Have A Lot Of Work To Do, Says Medeama Coach Samuel Boadu After Legon Cities Draw 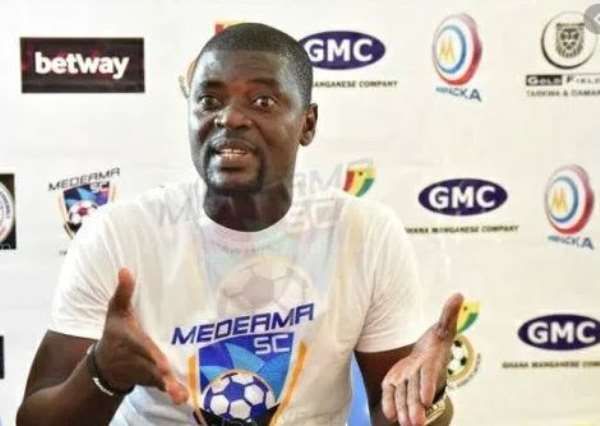 The head coach for Medeama SC, Coach Samuel Boadu has admitted that his team has a lot of work to do following the draw against Legon Cities FC on Friday evening.

The Tarkwa-based club in the first two matches of the 2020/2021 Ghana Premier League season drew against Great Olympics and lost to Dreams FC on Matchday 1 and 2 respectively.

In the Matchday 3 fixture against Legon Cities FC, Medeama SC hoped to win the merit the first 3 points of the new football season.

Unfortunately, the team could not score in 90 minutes and have been forced to settle for a point.

Speaking in a post-match interview, Coach Samuel Boadu has bemoaned the missed opportunities while noting that there is a lot of work that his team needs to do.

“It’s quite unfortunate that we drew this match because that wasn’t our plan but that is football. You cannot get whatever you want. Tactically, my boys created a lot of chances but squandered all, this shows that we have a lot of work to do,” the gaffer told StarTimes.

In the next Ghana Premier League fixture, Medeama SC will play as a host to record champions Asante Kotoko.